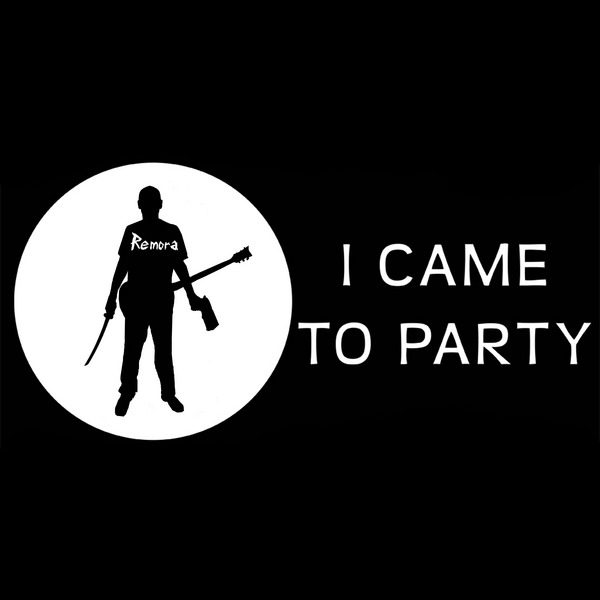 US band REMORA have been around since the mid 1990’s exploring a type of music they describe as post-apocalyptic pop & drone rock. The EP “I Came to Party” dates back to 2012, and was released on US label Silber Records as a part of an experimental series of EPs made under the condition 5 songs in 5 minutes.

It is a production that comes across as less than serious in mood, displaying an off kilter sense of humor that is invigorating at best but perhaps too odd to find favor among all and sundry, of which I guess I’m well placed in the latter category. The odd one out here in approach is We’re All Filled With Blood, a minimalistic circulating rough guitar riff motif that steadily intensifies and distorts  more and more ending up as a frantic noise cascade. In The Future has a dark synth drone bookending a short whimsical spoken lyric. The remaining three songs, I Don’t Know, I Came to Party and Girl I Wanna Date You are all fairly simplistic constructions, sporting a minimalistic musical backdrop with the song name repeated on top. The title track the most successful of those, as vocals and a few neat details both reminded me ever so slightly of the late Frank Zappa.

If you enjoy music with an odd sense of humor then Remora’s EP “I Came to Party” of somewhat off-kilter, minimalistic creations is one you might want to inspect. Those fond of Zappa’s endeavors in the same department a probable key audience.