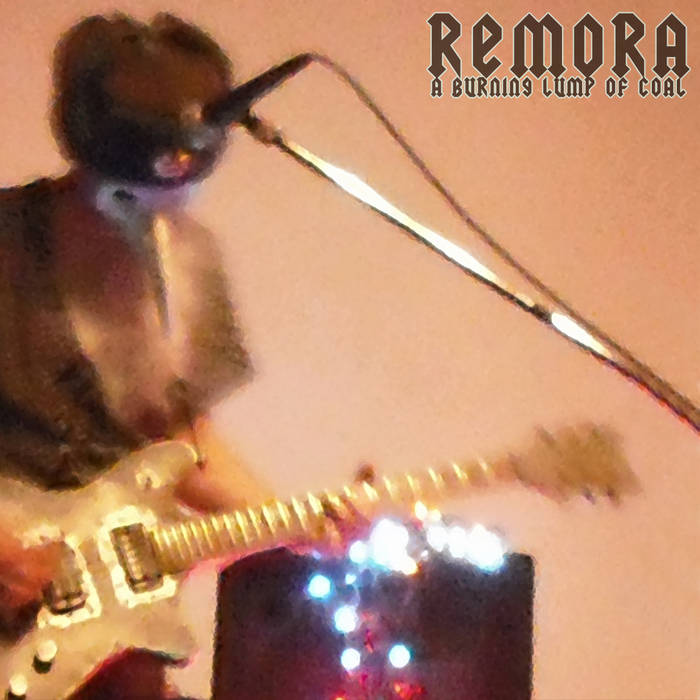 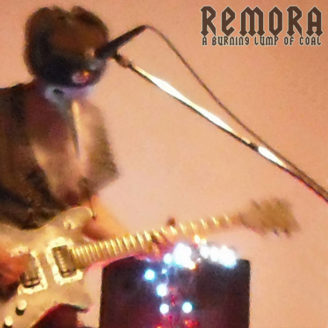 US band REMORA was formed back in 1996, and are seasoned purveyors and explorers of music self-described as post-apocalyptic pop that has been released through multiple avenues over the years. The EP “A Burning Lump of Coal” dates back to December 2014, and was released through US label Silber Records.

The four tracks on this EP was created with the Christmas season in mind, although it is mainly the song titles and some of the lyrical contents that reveals that this is the case. And while the band cites Joy Division as a major source of inspiration, those with an interest in the kind of material that band explored will have to make do with mood and atmospheres being the main similarities at hand, at least on this occasion.

Of the four tracks here, two of them pair off fairly basic, naivistic percussion and keyboard motifs, the latter with a distinct 80’s sound to them, with loud, gritty noise-oriented guitar textures, and highly distorted ones at that. The second of these also featuring dark, smooth and well controlled lead vocals that creates a generally appealing atmosphere due to the contrast with the more abrasive instruments employed.

There’s a brief atmospheric interlude that also successfully pairs off abrasive guitar effects with dark male lead vocals, and then the concluding creation heads off into another direction completely. This concluding, just over 8 minutes long affair use textured distorted guitar layers of different tonal qualities to create an odd, church-bell like soundscape, with surging, reverberating and echoing distorted guitars and effects somehow subtly replicating a church-bell play of the kind that one tends to encounter at Christmas time. Oddly appealing too, although a certain affection for the use of abrasive sounds will be needed to be able to enjoy this one.

Those with a general taste for dark, brooding creations with distorted, abrasive electric guitars as the key and dominating aspect of the composition should take the time to give this one a spin. Minimalist, challenging and ominous sounding material it is, and the self-description of post-apocalyptic pop comes across as apt, at least for what this EP has to offer.