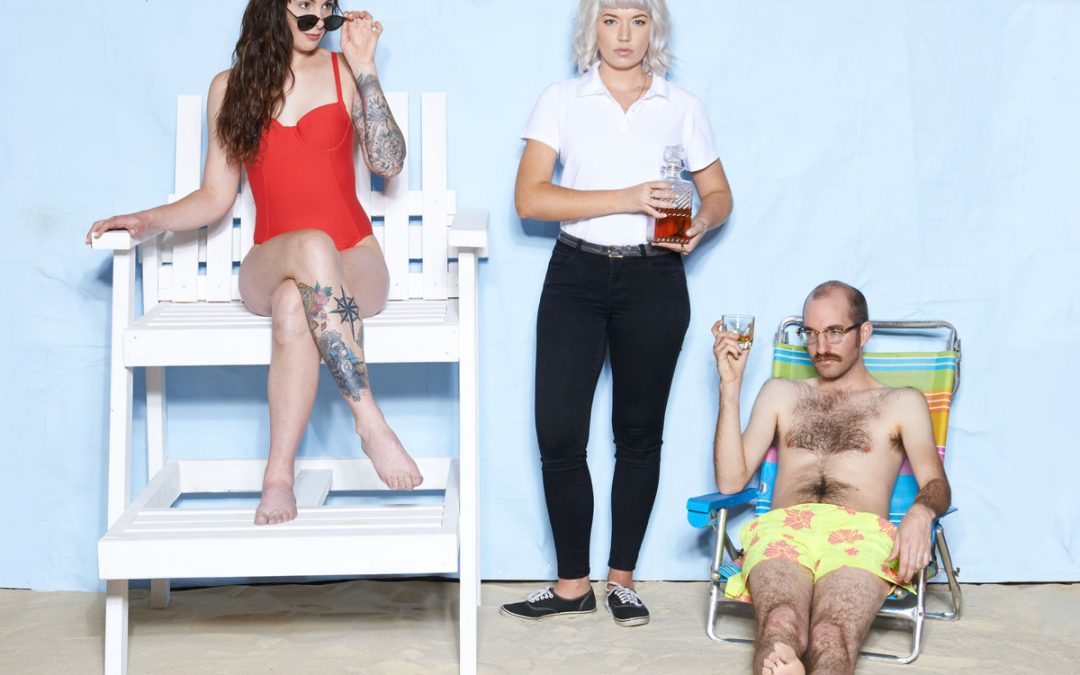 Formed in 2006, Pennsylvania-based noise rock/sludge trio Tile has since been creating a lot of noise, literally, in the DIY underground scene. They combine angular noise rock, revved-up hardcore punk, and grinding sludge/doom riffage and have released a number of EPs, singles, split releases, and have now returned with the follow-up to their 2013 debut album ‘You Had A Friend In Pennsylvania’.

This is a case of finding a studio, plugging in, and when finished wiping the sweat off the walls and floors as here we have a band where intensity is their middle name (their first probably being “distortion pedals”).

There is nothing clever about this, just three guys plugging in and creating a load of noisy and whole hearted rock and roll noise. They have never heard of the word “subtlety”, auto tune is for wimps, and there is nothing wrong with turning everything up to 11 and cranking it as if tonight will be their last gig on earth. It feels real, it feels natural, and the intensity shows just how much these guys mean it. Somehow in the middle of all of this they do have structured songs and even some hooks, which allows them to put their raw emotion and aggression out there for everyone to hear. It may not be to everyone’s tastes, but when music is as stripped back like this, and played by guys who are playing it as if their lives depend on it, I can’t help but sign on as well. Solid.