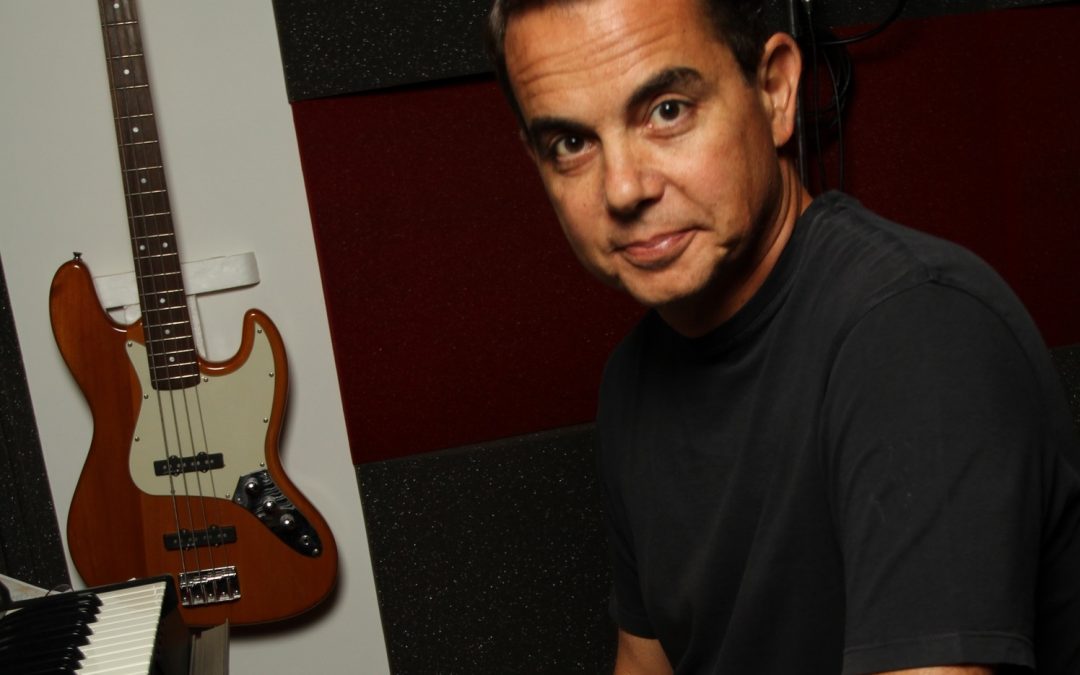 «2084: The End Of The World by Boulaem Sansal – which imagines Orwell’s 1984 in a dystopian dictatorship of the Islamic State – was a recent reading that drove me to imagine a sort of soundtrack even before Hollywood takes up the theme again. The 1984 album of the first Genesis guitar-player Anthony Phillips (1981) is another reference for me inspiring the analog instrumentation of the pre-midi era and the idea of ​​a completely electronic record but rich in counterpoint in his melodic harmonic corpus. Lastly, my passion for soundtracks (John Carpenter’s style as a soundtracker of his movies) and my daily work as an author of soundtrack for TV and cinema».

2084 is the new album of The Piano Room by Francesco Gazzara, focused on George Orwell’s masterpiece, on the book by Algerian writer Boulaem Sansal and the cult Lp of Anthony Phillips. 2084 is an instrumental concept album, an evocative four tracks suite composed, arranged and played by the keyboard player Gazzara, who thus paid hommage to the musical and cinematographic implications of an extraordinary book released exactly seventy years ago.

Many sources have offered Gazzara several ideas in a truly unique album. The italian musician states: «It is above all the impact of 1984 in cinema that left its mark in my memory: Logan’s Run by Michael Anderson, Brazil by Terry Gilliam and Orwell 1984 by Michael Radford, Electronic Labyrinth: THX 1138 4EB by George Lucas and Ridley Scott’s Blade Runner are all examples of absolute art – in which images and music combine brilliantly – arose from interpretations of 1984 always full of different details. We can found the Orwellian message in rock music too: 2112 by Rush, 1984s by Phillips and Rick Wakeman, Diamond Dogs by David Bowie. The charm of Orwell’s masterpiece is always renewed in every age and evokes so many questions about the overwhelming presence of a Big Brother who collects our data».

2084 shows a lot of keyboards with classic vintage electronic sounds (both analogue and digital): Polymoog, Arp 2600, Arp Odyssey, Prophet 5, Korg MS20, Mellotron, Hammond B3, Yamaha CP80 piano and the drum machine Roland CR-78 (the same of Genesis’ Duke and Phil Collins’ In The Air Tonight), managed as a true symphony orchestra but starting from the piano. «I choose analog synths flanked by Mellotron and my inseparable Hammond B3, with very” prog “registers and bass pedals in evidence. The dystopian-futuristic feature is underlined by something more modern, such as the Reaktor and Sylenth digital synths. Anyway, The Piano Room is still centered on piano writing, the notes of the Yamaha CP80 electroacoustic, also vintage, resonate throughout the suite. I wanted to assign the extra piano parts to the various analog synths as if they were part of a symphonic orchestra».

Francesco Gazzara is a composer for cinema and TV since the early 90’s. He has worked with directors such as Ferrara, Comencini and Del Monte, his band Gazzara is one of the best kwown all around the world in acid-jazz, lounge and soul, while The Piano Room pays hommage to British art-rock and progressive, folk-prog and Canterbury music. 2084 is the fourth The Piano Room album, after The Piano Room (2006), Early Morning(2007) and Breath Feel (2009).