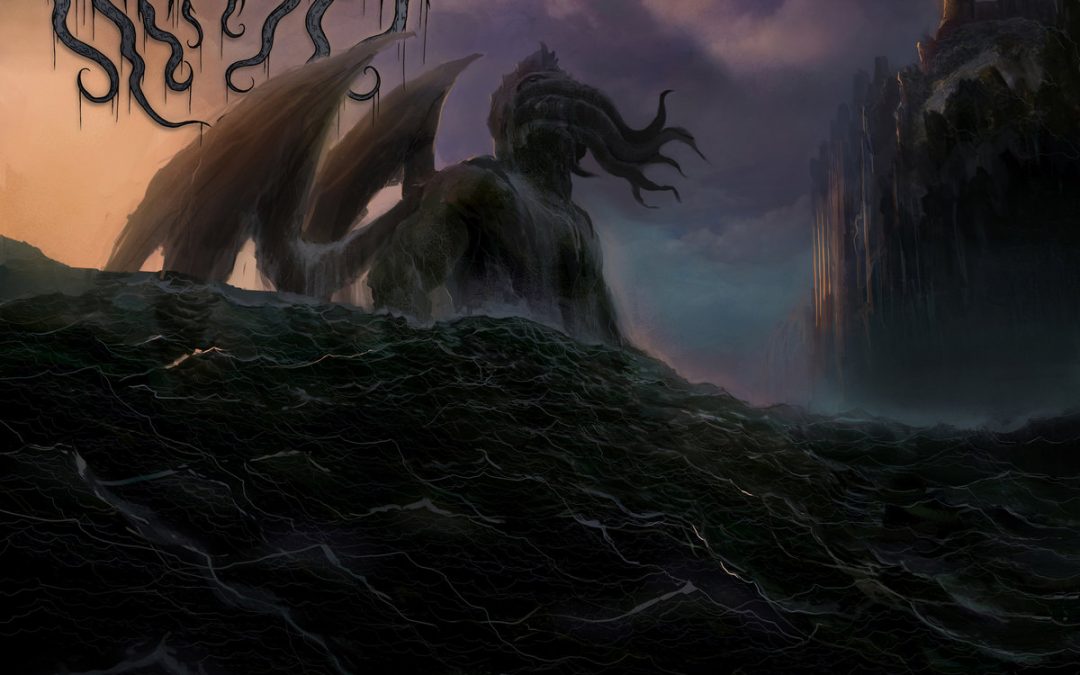 I have no idea where this 2017 album came from, but somehow it has made its way from Denver, Colorado all the way to Oxford, New Zealand. From what I have been able to discover, this is the only release to date, although according to their FB site they have been working on the next album. Their music is based on the works of H.P. Lovecraft, while the name ‘Crafteon’ itself is a play on words of “Lovecraftian” and “aeon”. The band have a suitably unusual logo, interesting artwork, all wear corpse paint and have given themselves suitable names, so we have Lord Mordiggian (vocals, guitar), Fthaggua (lead guitar, backing vocals), Ithaqua (bass, backing vocals) and Rhagorthua (drums). It all adds up to one thing, right? Black metal. Well, yeah, but…

Although their music is based within the black metal genre, it is way more melodic than one would normally expect and incorporates elements of power metal and bring in early Metallica and even Amon Amarth. Some of the guitar solos are straight out of the “normal” heavy metal area, while the bass is deep and raw enough to sound as if Ithaqua has been studying the works of Chris Squire. Lyrically, Mordiggian (or Josh Mortensen to his mum) has an interesting approach that initially he wanted to write lyrics based on Lovecraft, but felt he was unable to do this justice. So he used what was in the public domain and turned Lovecraft’s words into lyrics, amending where there was no other choice. Overall this is an incredibly accessible album, and one I can imagine people coming to even if they are not normally interested in the genre. Melodic at all times, yet still keeping true to certain elements of black metal, with vocals which have been influenced by Darkthone, and plenty of riffing, it is certainly interesting. I do think the drumming could have been more powerful and provide more balance and dynamics instead of relying so much on double bass drum pedals, but I am somewhat surprised they have yet to be signed as they have a powerful image to go with the music so it will be interesting to see how they progress with the next one.