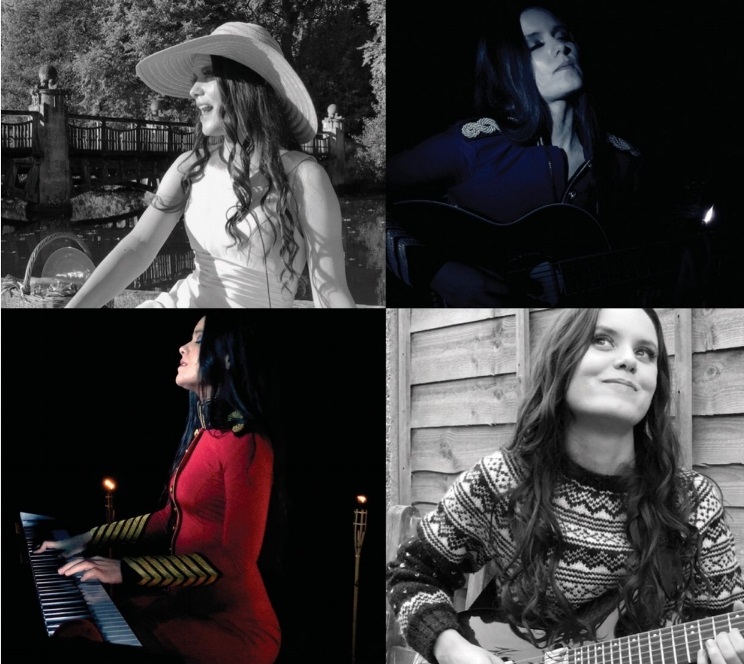 Berit Hagen, who also goes by the name of The Commander In Chief, has made quite a name for herself in more than one musical fields, and here is now tackling another. She is a trained opera singer, who has also been stated as being one of the most important metal shredders around and is sponsored by Ibanez. She is well-known in her native Norway as both a vocal coach and appearing on numerous TV shows and has also released classical music. Here she has approached yet another genre, accompanying herself either on acoustic guitar or piano, and performing live in the studio. I love that on the back of the CD she states that there was no use of autotune, or any other means of “lack-of-talent compensation”! Brilliant.

It certainly wasn’t an album I was expecting as although I had come across some of her metal work, as I am sure many fans have, I didn’t know about the classical guitar album and now here she is doing something very different again. She has a pure clear voice and uses her training to effortlessly hit plenty of high notes (she can get to C7), yet this isn’t all about vocal gymnastics and showing off. This is music in its purest form, a singer with basic accompaniment performing without studio trickery, and keeping the listener entranced by the sheer beauty of what is coming out of the speakers. She is full of confidence, which really comes through, so she doesn’t have the frailty of some singers in this genre, but in many ways feels as if Janis is channelling Sandy Denny. Anyone looking for a metallic outburst is going to sadly disappointed with this album, but anyone who enjoys listening to a master singer songwriter need go no further.