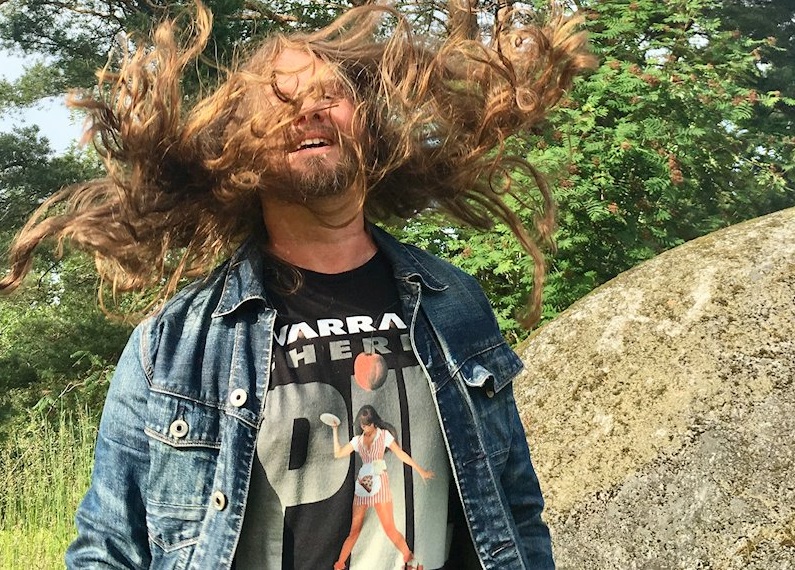 Jacob Holm-Lupo is a Norwegian-Israeli multi-instrumentalist, songwriter, engineer and producer who runs his own studio, Dude Ranch Studio, on an island in Norway. Telepath is a bit of a playground for Jacob Holm-Lupo when he is away from his main projects, White Willow and The Opium Cartel.

On the new single “The Dark Blood of Fate”
“I wrote this tune after a frustrating phone conversation with one of my elderly parents. It was basically me blowing off steam by finding some dirty, dissonant chords to torture my ears with. This is a slow, doomy dirge that gets some color from some analogue synth melodies that maybe pulls it into slightly proggier territory. The “dark blood of fate” is, I guess, the river of genetically inherited misery we all have to deal with in our lives, we can’t escape neither our blood nor our fate.”

On the forthcoming album “Mental Mutations”:
“The whole thing started during a lengthy visit from family this spring. Being a bit of an introvert I would have to sneak away from the festivities at night and seek refuge in my studio to catch a breath from all the socializing, and before I knew it three weeks had gone by and I had written, recorded and mixed an album. Telepath is basically a tribute to the music I grew up with, much like The Opium Cartel. But where The Opium Cartel mines the pop music I listened to in the 80s, Telepath goes a bit further back, to the hard rock and metal that was my very first musical love. A bit of thrash, a bit of doom, and a fair dash of 70s hard rock has gone into my cauldron of songs, and also more than a little of the kind of soundtrack music that accompanied the 80s horror flicks me and my friends used to love to watch (I still do!). So there’s that meeting of crunchy guitars and bangin’ drums with the synth sounds of Goblin, Fabio Frizzi and John Carpenter that basically defines Telepath.

I never intended for this to become an album, so recording these songs was a pure exercise in fun, experimentation and enjoyment. I utilized every dirty trick in the book to create the illusion of a band, while it was always basically me and my instruments and tools. Guitars, synths, drum machines, sequencers, loops, programming and samples have all been used to realize the tunes, but while I used state of the art tech to put it all together, I also wanted things to be as spontaneous as possible, so all instrument recordings are first takes, and I never went back to correct mistakes, whether it was a bum note or a missed beat from a sequencer, or indeed my own off-key singing. Thankfully the album is 95% instrumental.” 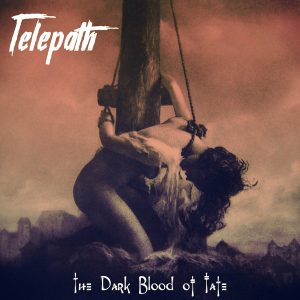 The single “The Dark Blood of Fate” is out now on Apollon Records, while the album “Mental Mutations” is set to be released on October 18th 2019.