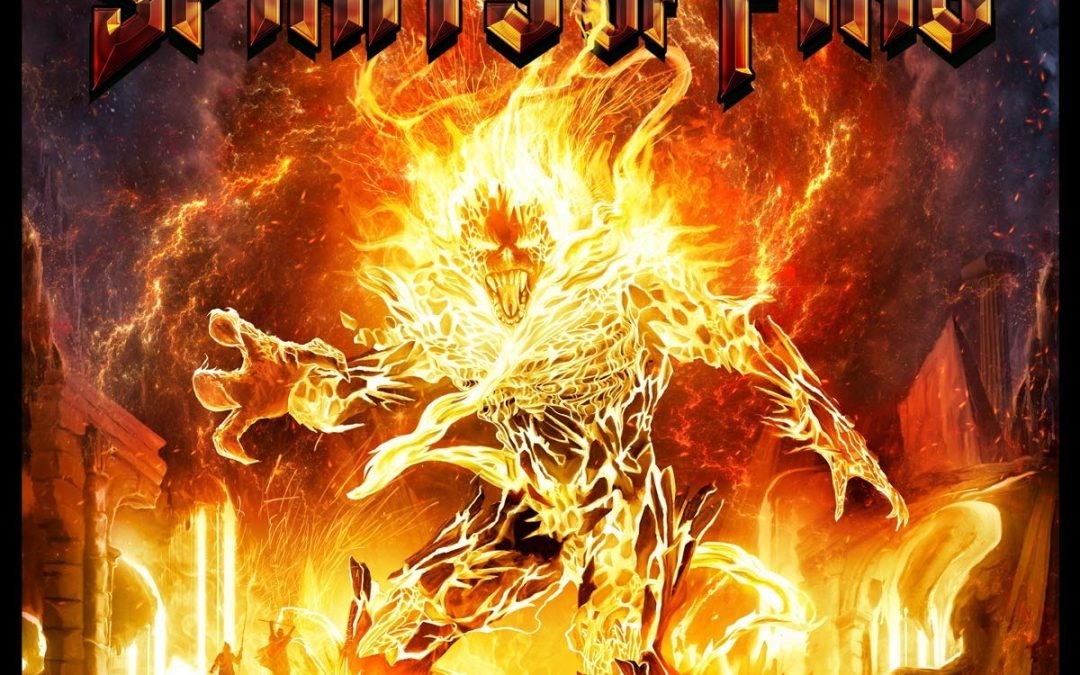 The first time I played this I felt the band were trying to be Judas Priest and Testament crossed with Dio, with some very heavy elements indeed and also some quite symphonic ones here and there. It was obvious that everyone was involved was a class musician, and the singer had real presence and range, reminding me quite a lot of Tim “Ripper” Owens so I decided I ought to read the press release. I was surprised (and pleased) to see the reason I felt the singer sounded like Owens is because it was actually him, and he has been joined together in what can only be described as a metal supergroup by Chris Caffery (Savatage, Trans-Siberian Orchestra), Steve DiGiorgio (Testament, Death, etc.) and Mark Zonder (ex-Fates Warning, Warlord) while it was produced by none other than Roy Z. (Bruce Dickinson, Halford, Tribe Of Gypsies).

What do you get if you cross Judas Priest, Iced Earth, Savatage, Testament and Fates Warning? Something pretty close indeed to Spirits of Fire. This album really is a summation of the careers to date of all these guys and they have taken the best bits and produced something which is hard-hitting, full of musical bravado, and metal to the core. This isn’t about pandering to one sub-genre or another, it’s all about turning it up and cranking it out, smashing riffs and hooks with great performances from all involved. Metallic, melodic, this has to be one of the heaviest albums to come out on the Frontiers label who are normally far more melodic and AOR-oriented than this. This is an album to remove the dandruff, and it will be interesting to see if they stick together to record another as this could be the start of something quite substantial.