The Honey Pot to play at CERN in Switzerland this weekend 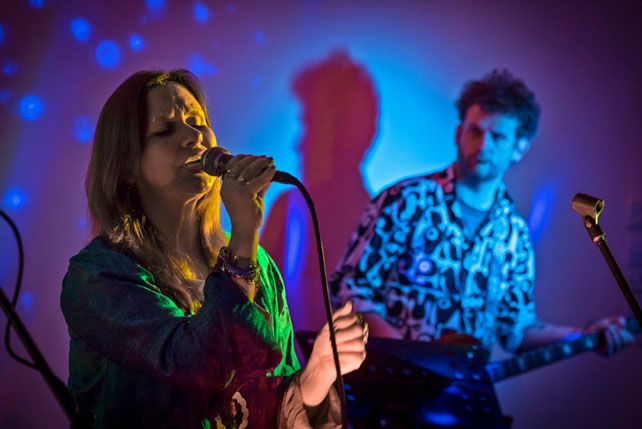 It started with an appearance at The Avalon Ballroom festival in Glastonbury, a place where anything can and will happen. The Honey Pot were tearing through a song from their latest album, Bewildered Jane (Mega Dodo Records) named Hadron Kaleidoscope and one member in the packed audience was paying a little extra attention. After the set he approached Crystal Jacqueline, the singer, and introduced himself as Django. An introduction like that requires your full attention and he went on to say that he was the designer of the control room of The Large Hadron Collider. But what really grabbed the attention of the band was his invitation to play at and visit CERN in Geneva, Switzerland, where the Collider is located. Not only was this an exciting offer it was a unique one as usually only those connected with the site are allowed to play there.

So passes have been gained, rigorous security checks checked and flights have been booked. Unlike most of these offers which fade into the sobriety of a new dawn, this offer was concrete. On Wednesday Crystal Jacqueline and guitarist Icarus Peel drive with Fenders, Moogs and Rickenbackers across France whilst bassist Andy Budge, keyboardist Victoria Reyes and drummer Jay Robertson fly out on Friday. The gig is on Saturday and will be to a potential 72,000 crowd, that is how many visitors visit the site over the weekend, but maybe not all will see the psyche pop of South West England’s finest!

And yes, Professor Brian Cox is due to be there…..perhaps a guest appearance on Moog??