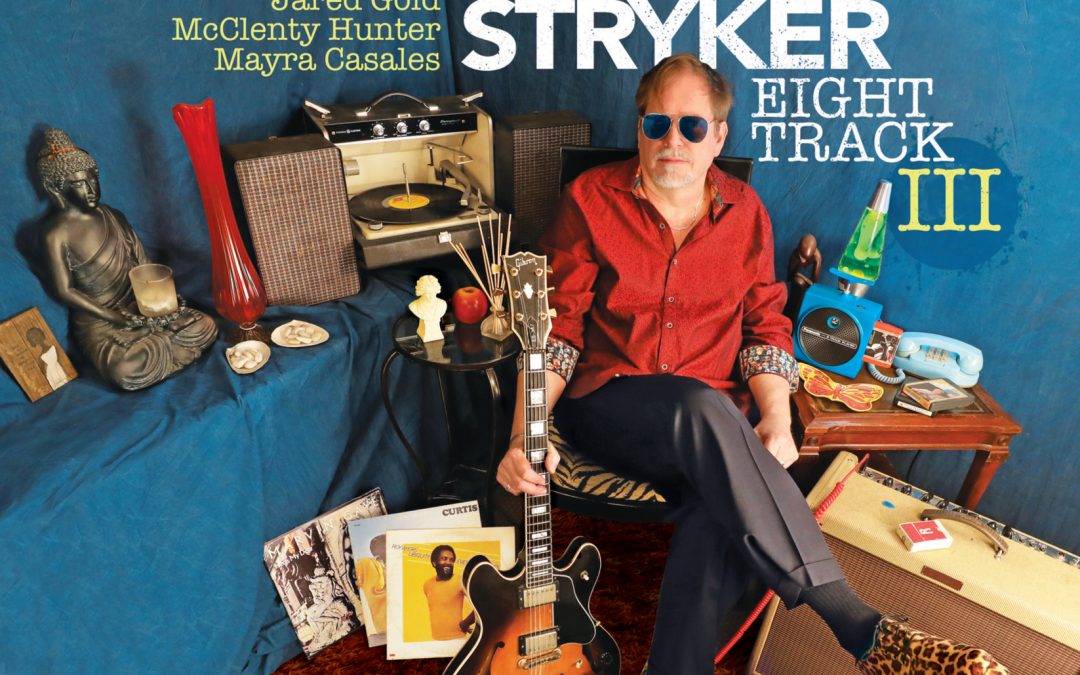 It’s the lava lamp on the cover which gives an idea to what is inside this album. As one may have surmised it is the third in a series (apparently the current thinking is that it may well be the end of a trilogy, but look at Hitchhiker’s Guide to the Galaxy), and isn’t a reference to recording but instead is a trip back in time to when cars all had eight-track cartridge machines. Okay, so only those who are a certain age will remember these, but long before I investigated by dad’s jazz records (which he no longer played), I cut my teeth on jazz being played in the car. Here guitarist Stryker is leading Stefon Harris (vibraphone), Jared Gold (organ), McClenty Hunter (drums) and Mayra Casales (congas and percussion) on a trip down memory lane, revisiting songs from the Seventies in his own imitable style.

No vocals, but that doesn’t mean that the guitar is always the sole “voice”, as Harris and Gold all take turns either on their own or joined by one or both of the other melodic players. I must confess to not being a huge fan of “Pretzel Logic”, as while it is more latin and funky than the original, I love Steely Dan too much to enjoy having this visited in this manner. But, there is no doubt there is plenty on the album to enjoy, with songs by Stevie Wonder, Curtis Mayfield, The Temptations, Marvin Gaye and others. The slowed-down delicate take on “We’ve Only Just Begun” is a masterpiece in restraint, with brushes on the drums, delicate organ support, Stryker allows himself to take the gentle lead in a way that conjures up images of him sat on a stool bathed in a spotlight in an otherwise dark club. This is continued by Harris in the same manner, and overall takes the song in a totally different direction to the original, yet somehow still staying very close indeed – it is a masterful display of restrain and control.

Overall this is a very enjoyable release indeed.