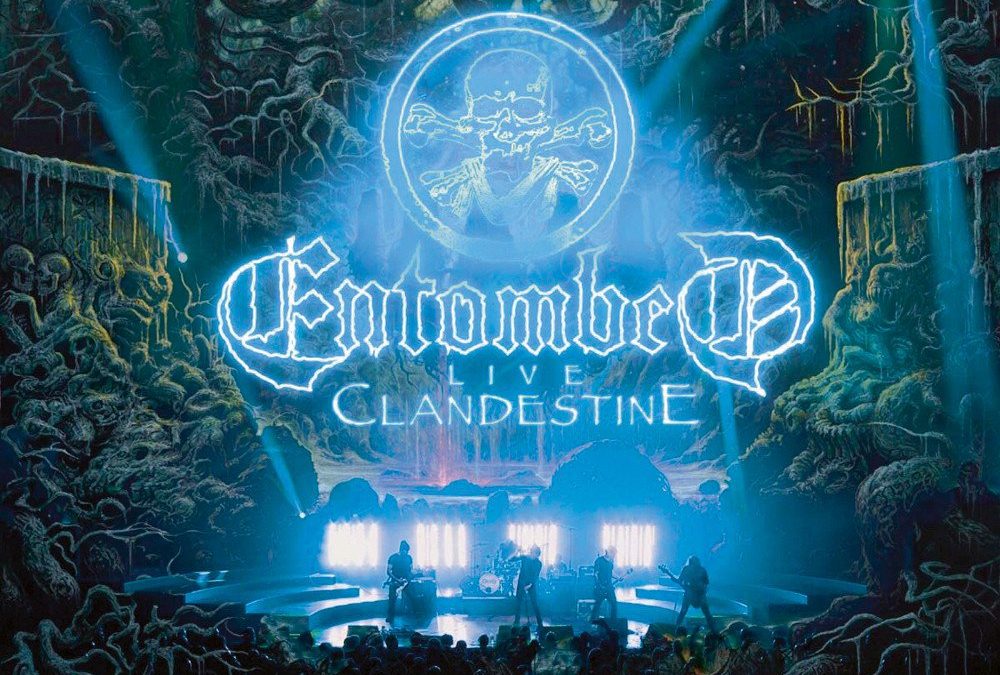 On December 18th, 1997 I made my way to London Astoria, not to see the headline act (who was Machine Head) but rather to see the middle band of the three (openers were Misery Loves Co.), the mighty Entombed. Their first three albums were absolute classics, and that night they certainly delivered. Fast forward to 2016, and Nicke Andersson (drums, vocals), Ulf “Uffe” Cederlund (guitars) and Alex Hellid (guitars) were joined by Robert Andersson (Vocals) and Edvin Aftonfalk (bass) of Morbus Chron to perform their classic second album in its entirety, adding just the title track of their debut as a bonus. It was a special night, broken into two acts, with the Malmö Symphony Orchestra and Choir performing the album in the first. It was arranged for orchestra by Thomas Von Wachenfeldt (Wachenfeldt), with the original members from Entombed sitting in as part of the ensemble, while the second act had the band performing in their own right. From what I can tell, this is now available as a single CD and has been released through Sound Pollution Media, but what makes it unusual is that it was released two years ago by the band themselves as a triple disc set comprising both acts and a DVD, so what’s the point?

Anyone who is a fan of Entombed, which should include anyone into the early Swedish death scene or metal in general, will already have the full set as that is the one to have, so why would they bother with this? And why release it so long after the original? The production has placed the focus very much on the vocals, so much so that on songs such as “Stranger Aeons” the guitar solo is way in the background. Audience noise is muted, and while it is always great to hear Entombed play, one has to say that anyone new to the band would be better off grabbing any of the first three studio albums and playing them instead. It’s not a bad release at all, and the guys show they can still crank it up just like they used to nearly 30 years ago, but it certainly isn’t essential either.