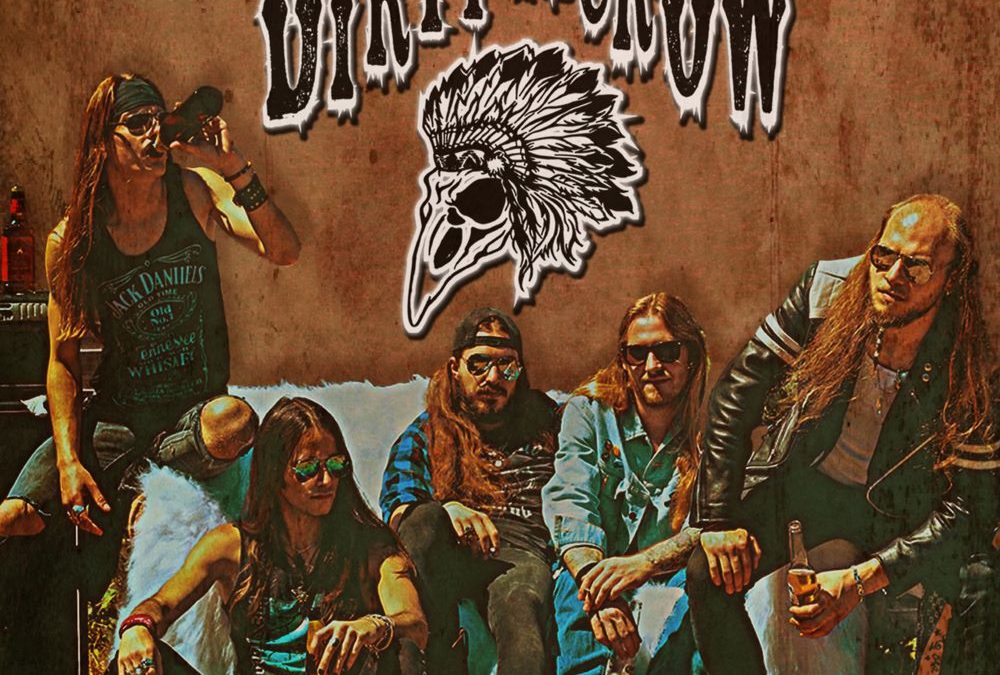 UK based band DIRTY OL’ CROW is a multinational venture with a history going back to 2014, and the band itself finding it’s shape from 2017 and onward from what I understand. “Strangers Nest” is their debut EP, and was self-released in the spring of 2019.

Being something of an old git, one detail I noticed is that this production would have been described as a mini-album back in the day. Clocking in at just over 27 minutes, this is just too long to be a traditional EP. Still, if sold as an EP with the according price tag attached, those who buy this one will get good value for their money.

What they will get is a slice of good, old fashioned grimy hard rock, and of the kind that made sleaze a word to be used in a rock music context at that. The guitars are dark, dirty and grimy, the vocals slip over to the sleazier side of delivery, and the mood and atmosphere is one that makes me think of a small, dingy concert venue that reeks of old beer and underpaid cleaning personnel.

Glam rock, sleaze metal and 70’s style hard rock forms the triangle this band operates within, reminding ever so slightly about Guns ‘N Roses on one extreme and good, old Aerosmith on the other. The guitars are hard and tight, the bass is driving and occasionally booming, and the lead vocalist sounds like a proper dominant and theatrical front man. I can imagine that seeing these guys play live is a surefire blast too.

The songs aren’t half bad either, and especially the more energetic ones does make something of an impact, opening cut ‘Mistress of Sin’ in particular. Arguably the sleaziest song on this mini-album, but also the one that got my foot tapping most energetically as well. Some of the others gets a tad lost in attitude for me, although I suspect those very same attitudes works incredibly well in a live setting.

A solid mini album in general, with a couple of brighter moments of brilliance tossed in for good measure. Not a debut that will set the world on fire, but for those who tend to love tight and dirty hard rock in a glam rock goes sleaze metal kind of way, and aren’t aliens to the charms of bands such as Aerosmith and Guns ‘N Roses, this is a production that should have a high chance of being found enjoyable.