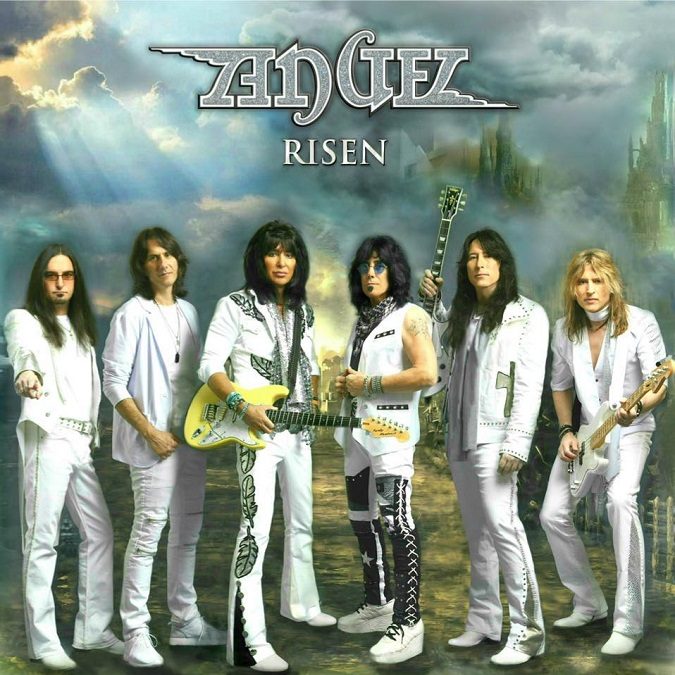 Back in 1978 I was given a cassette by a mate of mine to see what I thought of the music. It was the new greatest hits collection by a band I had never heard of, and as this was a good old TDK-90 there were no images. I took it home and that night fell in love with the music of Kiss, and the compilation ‘Double Platinum’. It was quite a shock when I first saw what they looked like to be honest. As well as soon being a fully paid up member of the Kiss Army when it launched in the UK, I not only was wearing a denim jacket with Kiss emblazoned across the back, and buying every album I could find by the band, but was also seeking out bands that had some connection. That was how I came across Van Halen, but the band which really made the impact on me was Angel. Signed to the same label as Kiss due to being discovered by Gene Simmons, there was something about their melodic heavy keyboard-driven music which fascinated me. The first album I bought was ‘On Earth As It Is In Heaven’, but quickly realised that their masterpiece was ‘Heluuva Band’. Frank DiMino had an amazing voice, Punky Meadows had great licks while in Gregg Giuffria they had one of the greatest pomp keyboard players. But they burned hot and they burned fast, and by 1981 it was all over. Giuffria made a name for himself with his own band and in House of Lords, but I was saddened by the loss of the band who I felt never really gained the acclaim they deserved.

I never lost my love for Angel, and in the Nineties when my daughters were looking for a present for me, I asked for the import double CD set ‘Live Without A Net’. There was another album in 1999, but although singer Frank DiMino and drummer Barry Brandt gave it some authenticity it just didn’t have the impact or passion I expected. So when an email turned up in my inbox a few weeks ago offering me the new Angel album I was totally shocked as I wasn’t aware that Punky and Frank had been working together again after all this time as I thought that Punky had left the music business altogether. Checking the web I can see he did, but returned with an album in 2015 which featured among others Danny Farrow (rhythm guitar, vocals) and keyboard player Charlie Calv, who along with bassist Steve Ojane, and drummer Billy Orrico comprise the new line-up.

Even before I listened to it, I looked at the cover and it just made me smile. At the top there is the ambigrammatic logo (it looks the same upside down), and there are all the band dressed in white staring at the photographer, just as they did on all their original albums (apart from the debut). Punky just doesn’t look his 69 years, and if Zappa was still around today, I am sure he would enjoy penning a sequel to “Punky’s Whips”. If the cover took me back to being a teenager once again, the music did so even more. The keyboards aren’t quite so front and centre as they used to be, but Frank is singing as well as ever, and Punky is relishing the opportunity to be more central than when he was always vying with Gregg for musical dominance. There are also now two guitars in the line-up, whereas there only used to be one, so it is no surprise they have come more to the fore.

The production is superb, and the hooks are there for all to hear. It isn’t a perfect album, in that there are a few places where it drags, but if this was edited down to the length of their albums in the late Seventies then I am sure we would be asking exactly where it sits in the pantheon. Would it be above ‘Sinful’? Probably, but although it wouldn’t topple ‘Helluva Band’, it would be pushing hard. Talking of which, my favourite song from the band has always been “The Tower”, so I was somewhat surprised, and concerned, to see that they had decided to re-record that as the closer of the 17 numbers . The initial keyboards are quite different, but when the drums come in it is very close indeed to the original, but the band aren’t trying to recreate what was achieved back in 1976, but rather show they understand where they came from.

I have been listening to this a great deal, and while I am fully aware that is probably in many ways because I loved them so much some forty years ago, but this is a great album which certainly doesn’t sound as if they have been away for so long. Angel are still one helluva band.