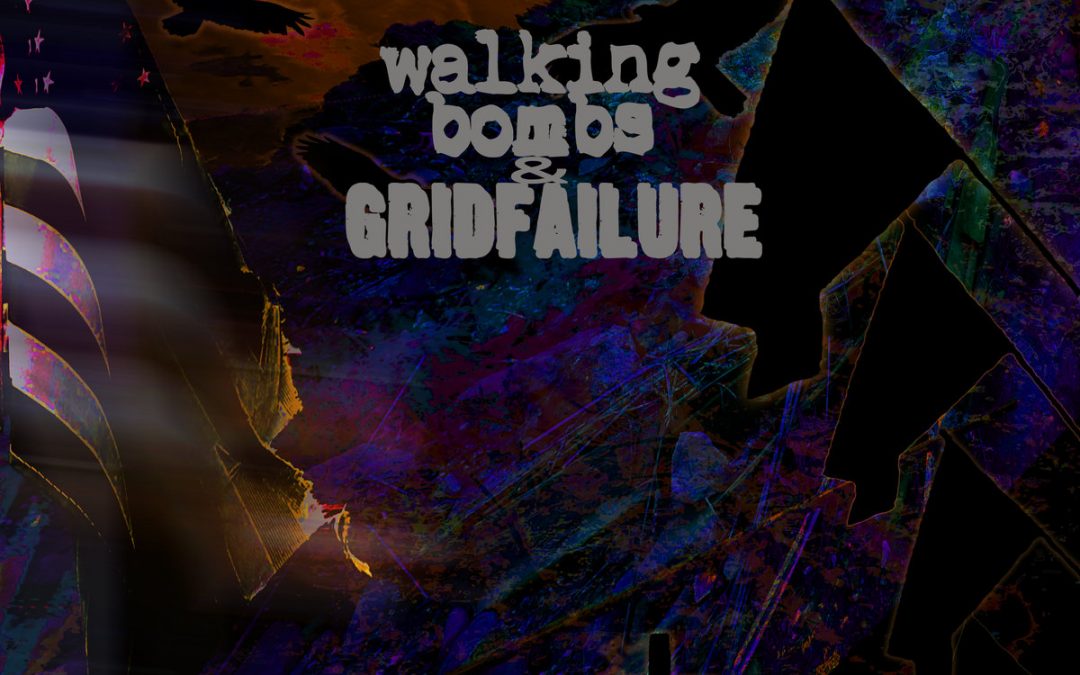 ‘Suicide By Citizenship’ is a collaboration between Morgan Y. Evans (Walking Bombs) and David Brenner (Gridfailure) who created the album with producer Jay Andersen (Surmiser). In addition, guest contributions from the likes of Mike Score (All Out War, Below The Frost), Thomas Andrew Doyle (Tad, Brothers Of The Sonic Cloth), Laura Pleasants (Kylesa, The Discussion), Brett Netson (Built To Spill, Snakes), Elizabeth Le Fey (Globelamp), BJ Allen (Full Scale Riot), Benjamin Levitt (Megalophobe). Evans states, “Dave and Jay have been stalwart pals in the music scene of mine for ages, so it was awesome to capture this moment in time with them sonically, to say nothing of the other killer guests. This album to me represents people’s faith in the American Dream being exploited, ground up and spit out by gerrymandering, self-important Christo-fascists and unchecked capitalist greed. It’s a total farce to think corruption won’t run rampant in a society with no checks and balances.” Brenner offers, “While our styles are vastly different, when we got into a room together and hit record things just happened organically. Three friends came in with the concept only; absolutely everything else musically and lyrically bloomed from that. Our planet is in peril, the party governing our country is a disgrace, tensions and turmoil amongst us are out of control, and we’re being divided further apart every day. This album is meant as a cumulative human cry for unification and progression, and a warning shot to the perpetrators.”

Sonically this is a lot to take in – I have been interested in Brenner’s work for quite some time now, and to hear Evans’ vocals over the top of his soundscapes is unsettling at least. It is as if Can had a bastard underground child that is determined to move more into the punk scene and deliberately create something which even their fans would baulk at. I am sure that if I heard this album even ten years ago I wouldn’t have been at all polite about it, as the strange brass and white noise joins with the off-kilter drums and general weirdness to create an unpleasant feeling in the brain and then the vocals. It is music at the very boundaries of what can even be considered as such, and while not as cold as some of Brenner’s works, and with less of a feeling of being abandoned in a nuclear wasteland, the use of proper singing plus the use of soundclips yet again makes for a release which will be very hard to take for most listeners. Play this to 100 people and 99 of them will have left before the end of opener “Blood Offering Distraction”, leaving just one very puzzled punter who can’t work out why he hasn’t left with the rest of them. If you are likely to be that 1% then you may find this very compelling indeed.