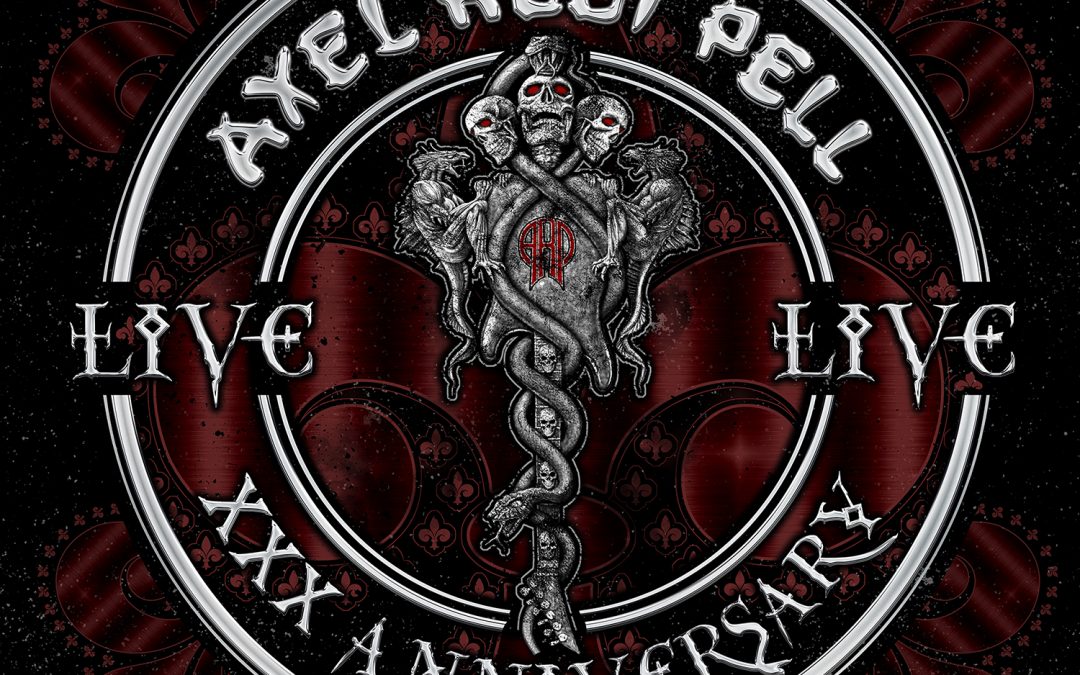 Whatever you wish to say about Axel Rudi Pell you have to admire both his staying power and his knack for bringing together the right talent. Having worked with some strong singers, Charlie Huhn (ex-Ted Nugent, Gary Moore, Victory, now with Foghat), Rob Rock (ex-Impellitteri, Driver) and Jeff Scott Soto (ex-Yngwie Malmsteen, Talisman, now with progressive super group Sons Of Apollo), he finally linked up with ex-Hardline frontman Johnny Gioeli in 1998 and he has been there ever since. Ex-Rainbow/Black Sabbath/Blue Öyster Cult drummer Bobby Rondinelli joined in 2013 and is still the newbie as keyboard player Ferdy Doernberg (1998) and bassist Volker Krawczak (1989) also have very long tenure indeed.

Not long before putting this on the player I had been watching an Iron Maiden concert and of course hearing their concert introduction of “Doctor Doctor”, which in turn had me riffling through my collection and grabbing one of the ultimate live metal albums of all-time, UFO’s ‘Strangers In The Night’. When Pell and his band are at full bore it is almost as if we are back in time, as there are a great many similarities between the two. There is a German leading the guitar charge, a keyboard player who knows exactly how to fill in the gaps, a rhythm section which are always laying the foundation and a singer who is so much more than just a singer. Phil Mogg has always been one of the top crowd manipulators in the business, and Johnny Gioeli may be American, but he is a very similar mold. He has been fronting this band for more than twenty years, knows exactly what both the crowd and band need from him, and he consistently delivers.

True, there are times when he doesn’t get the crowd reaction he expects, but possibly that is down to language barriers as much of this double CD set was recorded in Budapest. Pell has always produced strong ballads as well as belters, and relies on Gioeli to carry them off, which he always manages with aplomb. The result is a classic metal concert, with plenty of dynamics, highs and lows. It may not be fashionable, but Pell shows that he and his band have found their niche and plan to keep moving in this area for quite some time yet. Consistently strong and powerful, this is for those who want their metal to shift and move, and there is plenty here on this lengthy set to enjoy.