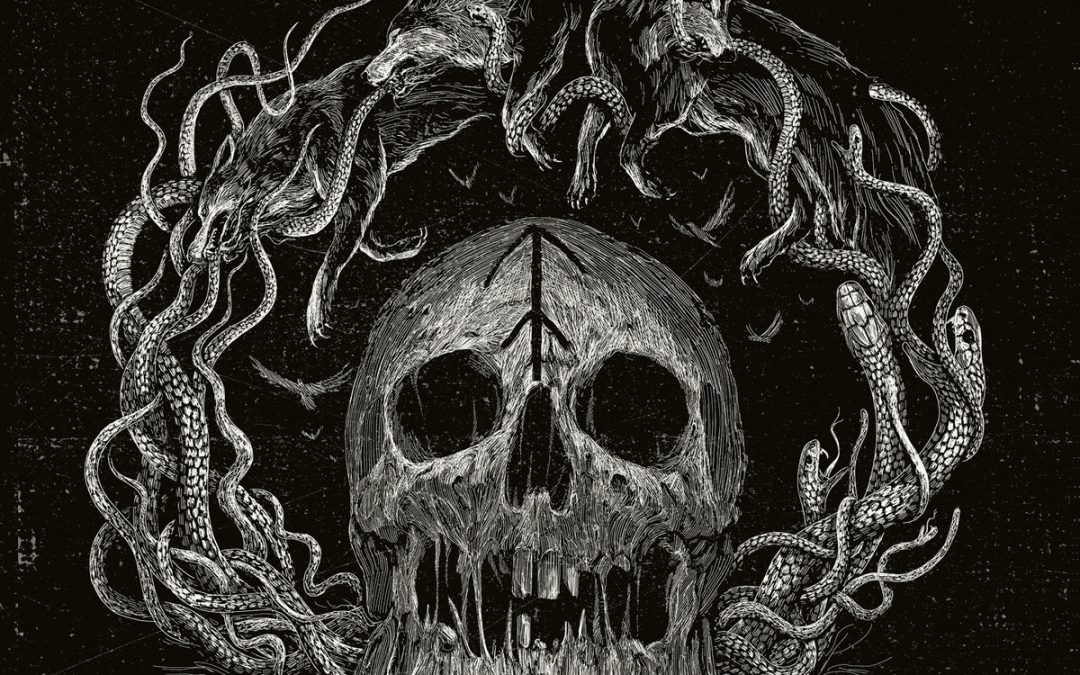 Up to this point Wellington (NZ) based death metal band Heresiarch have released just one album in their ten plus years of activity, but that has now been amended by French label Krucyator getting the rights to their debut demo ‘Obsecrating The Global Holocaust)’ (2011) and their two EP’s ‘Hammer of Intransigence’ (2011) and ‘Waelwulf’ (2014). They have all been put together in one album, with the track listing staying in the same sequence as when they originally came out. Given the gap between the last EP and the 2017 album ‘ Death Ordinance’ it perhaps isn’t surprising that none of their earlier songs made it onto that release, so this is a nice and easy way to listen to the early material without having to dig too hard.

Hearing this album made me realise just how small the music scene is in New Zealand, as there are few bands who actually tour very much, and this is the first time I have come across the name as they are in Wellington and I tend to be in either Auckland or Christchurch. With small venues closing here as they are elsewhere it is incredibly hard for local bands to get enough of an audience to justify playing outside their own small area. That’s a real shame as this is an incredibly powerful outfit, heavily influenced by the likes of Cannibal Corpse, but also bringing in Nile as well as some more over the top black metal tendencies at time. It is frantic, it is frenetic, and the only way for it is to make any sense at all is by playing it very loudly indeed. Your neighbours will thank you. Having only just come across these guys I can see I am going to have to hear some more, as this is over the top mayhem guaranteed to create a serious mosh. Intense.