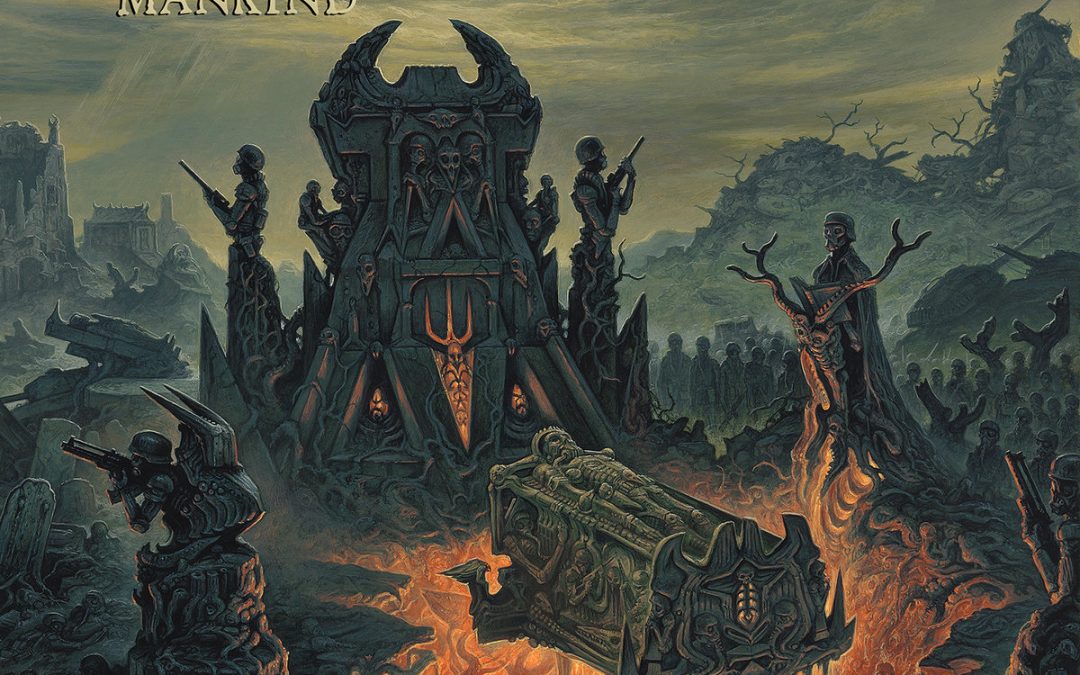 Memoriam were originally formed by singer Karl Willetts (Bolt Thrower) to fill the void left by the death of his bandmate, drummer Martin ‘Kiddie’ Kearns, and the new project was formed with old mates drummer Andrew Whales, guitarist Scott Fairfax and bassist Frank Healy. All four have been around the extreme scene for some years, and now here they are back with their third album in as many years. They have also used the same cover artist for all, so there is a consistent image coming through visually, as well as musically. As for the music, this is old school early Nineties melodic death metal, incredibly solid with some atmospheric interludes which slip more into black metal territory.

It is solid, as one would expect from musicians who have all been doing this for many years, who have played with each other in different acts, but I am having an issue with giving this the same rave reviews I have seen elsewhere. It does really feel at times as if they are going through the motions and following a melodic death metal playbook. They slow it down, they speed it up, they go quiet, they go loud, there are instrumental sections and others where Karl is very much in control, but there is no real feeling of passion, no emotion or openness. It is a wall of sound, and there are times when I found I had been listening to the album but actually hadn’t heard any of it so had to go back again. While it is playing it is fairly interesting, but as to whether it is something I would deliberately take down off the shelf to play is another matter altogether. Solid, but little more than that.