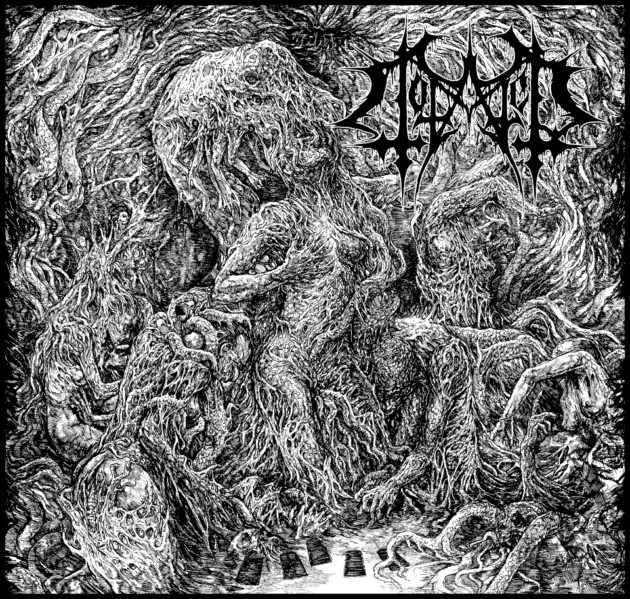 This is the debut album by Totaled, and that is pretty much all I can tell you about the band as I don’t know who is involved, or even how many of them there are. According to the press release this is blackened hardcore, and while I was prepared to laugh that off as yet another created and false sub-genre it does actually work as a way of describing their high-octane approach to BM. This doesn’t sound as if it is an album being released in 2019, as if anyone said this was an undiscovered release from the early 90’s no-one would have batted an eye and agree that here is something which in many ways has been influenced by early Mayhem and Darkthrone. The production also makes one feel as if it has been taken from a second generation tape as at times it is like listening to a band pummelling their way through treacle and a lot of the impact is somewhat lost.

The first song, an atmospheric introduction, is somewhat a waste of time as that sort of song often is, but then the other seven are all approached in the same over the top and frenetic approach as they combine the energy of hardcore and punk with black metal to create something which is quite powerful, or at least it would be if the production wasn’t quite so lo-fi. There is promise here, and it will be interesting to see where they go from here as with the right support these guys could well make quite a name for themselves in the scene, but for now this has to be taken as a work in progress.