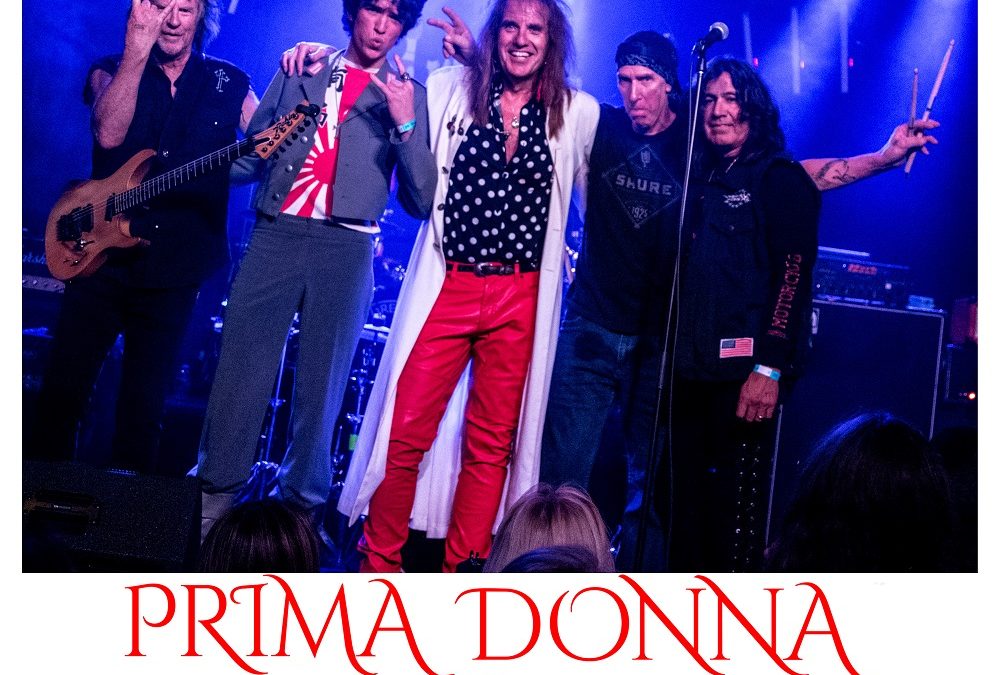 US band PRIMA DONNA RISING have a history that goes back to 1979, but after the release of their debut album “Loud, Louder, Loudest” in 1985 the band disbanded for reasons unknown. In the last few years the band have gotten back together again though, and are currently working on a new studio album. The so far unreleased EP “Live at the Whiskey!” appears to have been planned for a December 2019 release, but is not yet commercially available as of December 29th 2019.

I understand that this EP was meant to be something of a teaser for the band’s upcoming studio album. While the idea is a sound one in principle, I’m not actually sure that actually releasing this one as a straight forward commercial product is a good idea.

The recording quality of these tracks is rather sub par from what one would expect in 2019 for starters. The vocals are given a too dominant spot, the keyboards are drowning, and something has gone bad somewhere in the process with sounds breaking against each other resulting in a chaotic jumble of sounds rather than a balanced mix, especially in the songs busier moments. The band also sounds a bit rusty here, something which is probably emphasized by the recording quality. I also get the impression that the vocalist didn’t get a very good monitor for this performance, as his otherwise fine vocals goes slightly out of tune here and there, and the archetypal metal wails gets a wee bit too much power in comparison to the instruments. Of course, this could also be a result of the recording quality of the four songs from their set at the Whisky-a-Go-Go that was recorded for this planned EP.

Otherwise the songs themselves are fairly typical 80’s era hair metal and AOR style hard rock, with one song hitting out in a slightly proggier direction. There are some fine tendencies on this latter song, ‘Time Washes Over Me’, and the song “Leading Me On’ also features some compelling core ideas. Which is probably why this song has been released as a single by the band. But what is lacking here is execution, and a recording quality that resides in 2019 rather than in the budget part of the early 1970’s. A minor additional gripe for this promo is that it didn’t indicate the playing order of the tracks, neither in tags nor in description. Not a big issue, but when one hears that the third track appears to have been the opening track of this live set it becomes a minor distraction.

It is good to see bands from yesteryear getting back together to have another go at the rock circus. But for the sake of the future success of this band, I sincerely hope that their forthcoming studio album is a vast improvement over this 4 track live EP. When or if this EP becomes available it will, unless it’s given a major makeover, in my opinion be a production of interest solely to existing fans of this band.

Track list:
– Into Your Heart
– Leading Me On
– Nothin to Nothing
– Time Washes Over Me