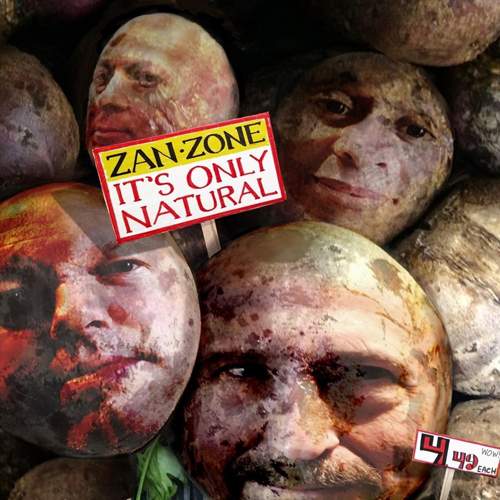 It was Mick Jagger who uttered the immortal words “I know it’s only rock ‘n’ roll but I like it”, and as I played this album for the millionth time they kept coming into my head as I wondered what on earth I was going to say about it. Guitarist Zan Burnham is back with the fourth full-length album under the Zan Zone banner, although it has been quite a while since 2013’s ‘Shorts’. Musically this is all over the place, as the band refuse resolutely to stick within any particular genre, and why should they when they seem to have a control over all of them? The only person I can think of to compare him with is Todd Rundgren, but I don’t think even the mighty wizard had so many different styles on a single album (I once saw him with a pick-up band playing nothing but blues, what a gig!).

Even the press release says they provide a “mix of instrumentals, pop, rock, tin pan alley, blues and bluesy Americana” but that doesn’t provide enough detail of what is a messy all over the place collection of great songs. Burnham is one of three lead singers, as he brings in musicians to get the best out of the material as he provides blues-based guitar, or slides along, or thumps it through while singers can provide wonderful harmonies, just whatever is needed. Listen to the opening verse of “Dem Blues Is Bad” with its overdriven single guitar and one can imagine that Lightnin’ Hopkins or Bukka White are back in the house. To get the most out of this album one has to have a wide appreciation of different musical styles, but if you have a similar outlook to myself then this is an album to discover and savour.