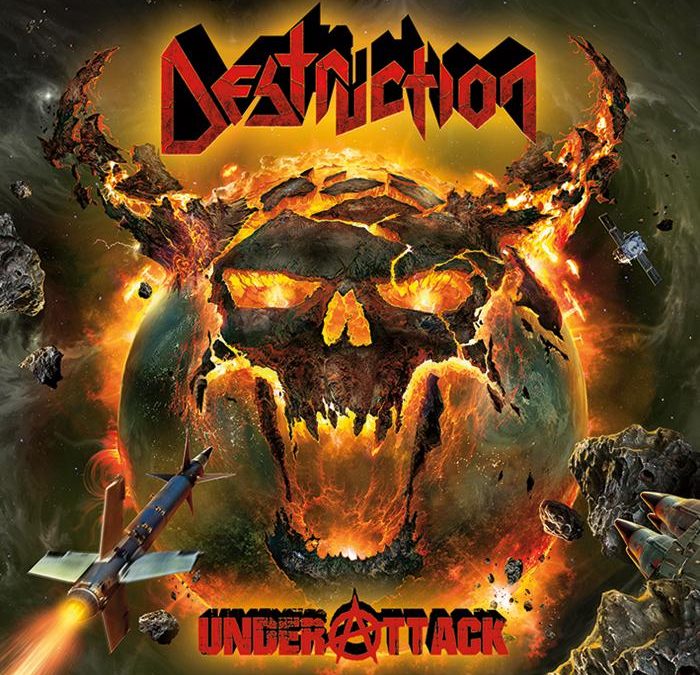 This 2016 album saw Destruction back with the same line-up as the previous few albums, with Schmier (vocals, bass) and Mike Sifringer (guitars), both of whom had been there since the beginning in the early Eighties and drummer Wawrzyniec “Vaaver” Dramowicz. Yet again we have Kreator-style Teutonic thrash but for me there is something missing from this album. It seems way more one-dimensional than their previous release, ‘Spiritual Genocide’, and in many ways it feels almost as if they are standing still and waiting for the next piece of inspiration. The sound feels really light with not much in the bottom end, and I soon found it was washing right over me. These guys have been at the forefront of German thrash metal for many years, and I don’t think it’s possible for them to release a really poor album, but there again there is little in here which makes me want to keep playing it over and again. The ideas are the same, the sound is weak, and there is the impression they are playing at it as opposed to really meaning it.

It is hard for bands to keep producing album after album for more than 30 years and this shows. While never awful, it just doesn’t get to the level one expects from a band of this experience and it certainly isn’t one I would point to as a great example of either Destruction or the genre.