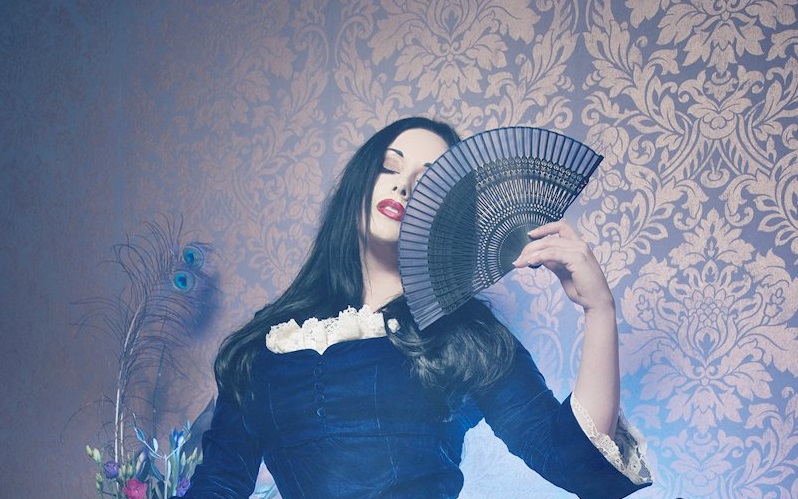 Existing in a dreamlike headspace that embraces classic psychedelia, ethereal visions, romantic mythos and rapturous drama, ‘Deep Blue’, the debut album of Louise Patricia Crane’s is a twilit collection of uncommon class and chutzpah – emotional and fantastical realms writ large in a musical landscape where nothing is off limits, possessed of a rare magick to fire the imagination.

The genesis of this project arrived when Louise began working in earnest with Stephen Carey, who she had first met when singing with The Eden House, Whilst recording her vocal contributions to that outfit’s ‘Songs For The Broken Ones’, it became apparent that many of the musical ideas she had nurtured independently for years might have finally found a suitable creative foil. Eventually, having written the piano-and-vocal lament that would ultimately become this album’s title track, she was so thrilled by what they came up with together that she relocated from her native Belfast to rural Cambridgeshire to work on the record.

“Working with him has been a wonderful experience” says Louise, “I felt respected and in control of the process. He’s also just a very talented musician who instils his playing with a lot of emotion and dare I say it – femininity – which was so key for me and for this album. Stephen and I also share a lot of the same reverence for certain artists and aesthetics, namely (Kate Bush’s) ‘Hounds Of Love’, which was my loose template for producing a record which can at one point touch on pop overtones, then the next moment take you somewhere much darker – proggy, yet still dreamy throughout.”

Indeed, with an intuitive rhythm section of Eden House drummer Simon Rippin and bassist Steve Gibbons on board, a resolutely genre-free and unconventional sound began to evolve amidst a myriad of influences – from the rich and celestial sonics of classic Cocteau Twins to the timeless melodies of ‘White Album’-era Beatles and the maverick spark and earthy passions of early Tori Amos, not to mention non-musical inspiration such as the classic cult film Valerie And Her Week Of Wonders and the literary fiction of Angela Carter.

However, the album was to take on still new frontiers when King Crimson member Jakko Jakszyk came on board as a collaborator, contributing guitar tracks and backing vocals to almost all tracks on the album “I can’t put in to words what it meant to have the singer and guitarist from King Crimson – who I’ve been unashamed about declaring as my favourite band – express a keen interest in my music” says Louise “I can’t overstate Jakko’s positive influence on this album, he has been amazing. His voice is just stunning and I feel, not only compliments the sound and feel of the record, it elevates it”

Through Jakko, legendary bassist Danny Thompson was soon also a part of the project, contributing his upright bass to ‘The Eve Of The Hunter’, and moreover a meeting with Jethro Tull legend Ian Anderson at a King Crimson show at the Royal Albert Hall led to his flute making an appearance on tracks like the empyreal ‘Snake Oil’ “I think I’m still recovering!” notes Louise. “His contributions are stunning”.

Moreover, legendary artist Jim Fitzpatrick, famed for his work on Thin Lizzy’s ‘Jailbreak’ amongst many others, was on hand to work on the album’s sleeve, whilst four-string legend and Kyuss/The Obsessed/Fireball Ministry bassist Scott Reeder was on hand to offer magisterial low end to tracks such as the groove-driven dreamscape of ‘Snake Oil’

Yet these contributions, prestigious though they may be, only serve to accentuate the finer points of an extremely well-defined and potent vision all Louise’s own. Tracks like first single ‘Deity’ – a delirious wash of pastoral ‘60s English charm married to ‘80s dreampop radiance – the gloriously dramatic capital-G-Gothic denouement of ‘Isolde’ and the Pre-Raphaelite-styled, elegiac and emotional ‘Ophelia’ are a majestic testimony to this singular vision.

“My main overall theme on this album, is certainly escapism, seduction, dreaming – escaping the corporeal realm and going somewhere otherworldly that stimulates and tantalises” she notes. “I’m a total dreamer and art – for me – has always been about leaving this place and being taken away to somewhere more appealing to the senses” In this sense, Louise Patricia Crane’s mission – on the strength of this transporting debut – is apparently not so much accomplished as barely begun. 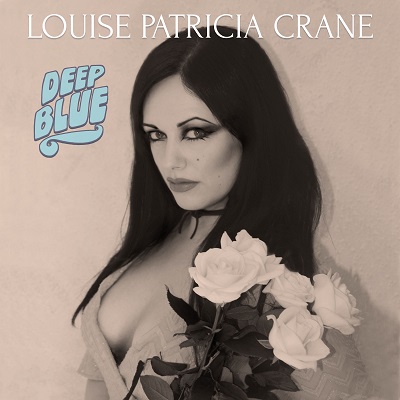