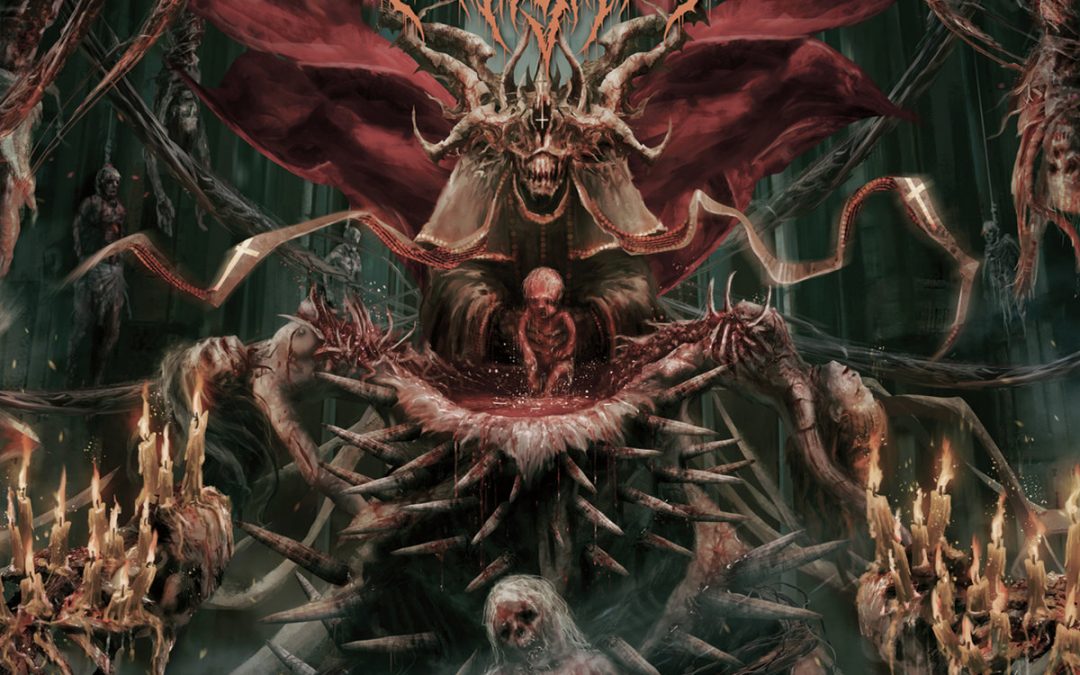 Having read the name of the band, and seen the artwork, I don’t have to tell you what sort of music we have here. Yep, it’s The Osmonds, I mean, it’s brutal death metal. Formed a few years ago by members of Bookakee, Soiled By Blood and The Outborn, NecroticGoreBeast have come out of Quebec’s savage underground music scene and have been making quite a name for themselves. With artwork provided Andreas Christanetoff (Putrified J, Aborted Fetus etc.), musically this also features guest appearances from Jack Christensen (Kraanium), Alex-Antoine Chamberland (Soiled By Blood) and Diogo Santana (Analepsy). With a singer who creates unworldly sounds like George Fisher with a bad throat, and songs with titles as delicate as “Autoerotic Rectal Prolapse”, “Flesh Eating Ejaculation” or “Leprosy Induced Through Sodomy” this certainly isn’t for the delicate.

Here we have a band who are refusing to compromise on any level, and have created an album which is surely one of the most brutal yet released by Comatose Music who have made a name for themselves of being at the forefront of extreme metal. Tight riffs, an octopus for a drummer who knows when to keep it restrained but also when to let the blast beats rain down on the sound, a bassist who is in lockstep with everyone and keeping it all in place, then at the front there is John Mayer who surely is at risk of losing his lungs out his mouth, and the result is an album that fans of the genre simply can’t do without. Turn it up and let your ears bleed.