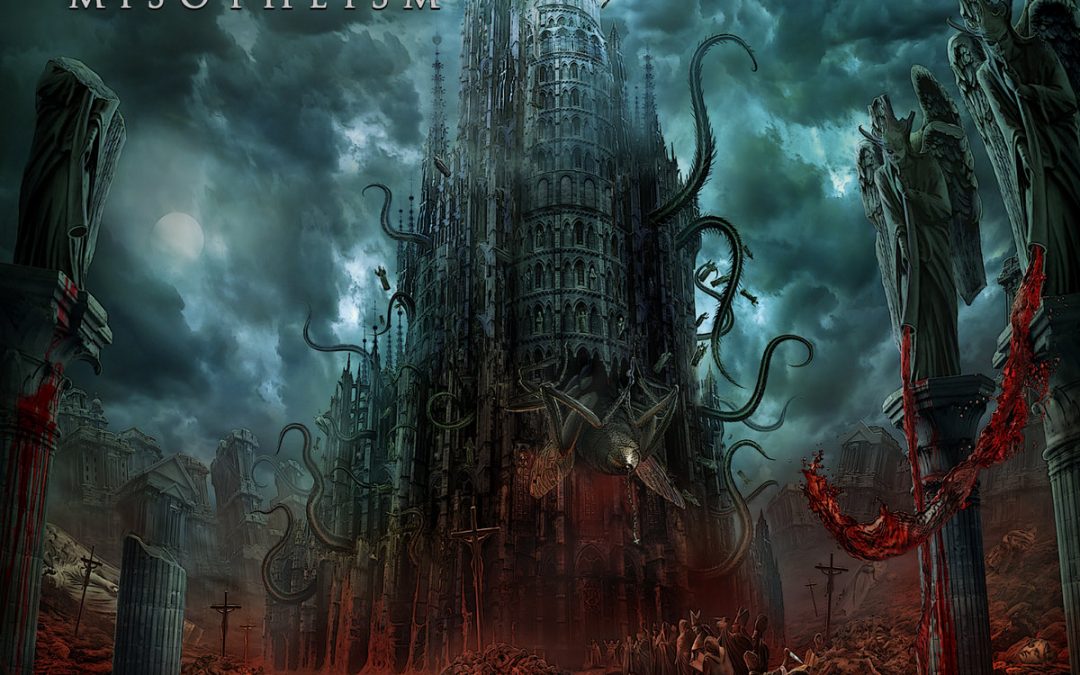 This Italian band may have no original members left, but guitarist Giulio Moschini has been there since before their second album, 2005’s ‘Pageantry For Martyrs’, and everyone on this their eighth album all played on 2017’s ‘Cast The First Stone’ as well. Apparently misotheism means either “hatred of God” or “hatred of the gods”, so they’re not very happy with whatever deity you believe in, and that’s absolutely fine. They started off as a blackened death band all those years ago, but like many have changed their approach as they have worked through the ages, but whereas they were generally seen as a brutal death metal act, to me they have moved far more into the technical death metal area. This is an album that any fan of Nile (me! me!) will be taking a very serious listen to indeed. It has to be played loud, really loud, to get the full benefit of a rhythm section who are mixing and moving in multiple ways and refusing to always concentrate on blast beats and brain numbing attacks but can swing t around and even stop playing altogether if that is the right thing to do. Then at the front you have Moschini and his partner in crime Paolo Pieri (who also provides the vocals). These two have been twisting their complex riffs and lines together for nearly ten years now, and it shows. This is complex and complicated uncompromising death metal played by four guys who really have the chops.

This is music full of aggression, full of rage and hatred, from a band who are living it, not just playing at it. They mix and move, but if they had done it a little bit more then they may have ended up with an even better album than the one they did, but even as it stands this a great testament to a band who have now been around for more than 20 years and show no signs at all of slowing down and may only just be getting into their groove. Well worthy of investigation by those who enjoy the genre.