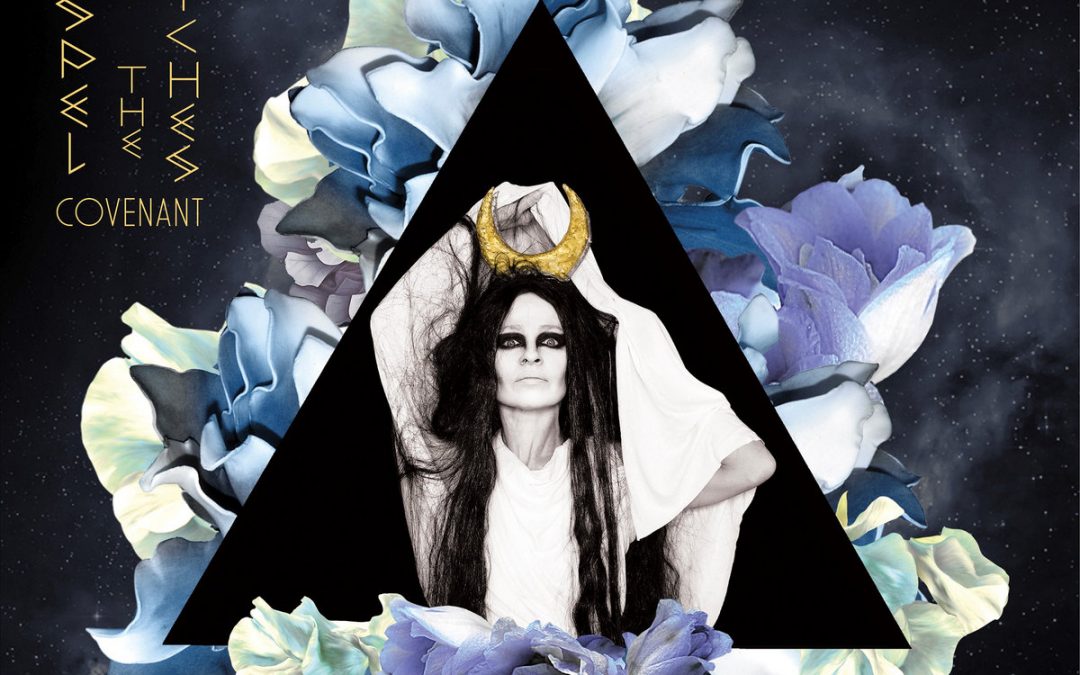 Karyn Crisis first made her name as the frontwoman for Crisis, who frequently played at CBGB’s as well as undertaking numerous tours and releasing albums. They were also a breeding ground for other bands, with members of Crisis later showing up in  Shadows Fall, Soulfly, Stonesour, Crowbar, and Downset. Crisis broke up after their final album in 2004, and Karyn left the music scene to become involved in painting and leathercrafting, making a name for herself in those areas. In 2009 she moved to San Francisco and married Davide Tiso of Ephel Duath, making an appearance on the band’s final EP and album. Eventually she decided to return to music, and her and Davide released their debut album ‘Salem’s Wounds’ in 2015 and then four years later came ‘Covenant’, with Fabian Vestod (Skinlab) on drums.

The album has been described as  Occult Metal, covering a lot of ground and moods from evil heaviness to ambient passages invoking very ancient concepts and vibrations of the realm of the Goddesses and those who celebrate their magic on earth. For me it is somewhat hard to get a handle on what is actually happening musically as the threads are all over the place. One of the styles Karyn is renowned for is the use of death growls, and she is often mentioned as one of the first women to use that style, yet for the most part she sings way more sweetly so when the death growls come in they are somewhat of a surprise. She was introduced to experimental music at an early stage, and although this has Gothic overtones musically it is all over the place and should actually be described as progressive as it never sits and settles, and one is never sure where it is going to go next. It is quite an unsettling album in some ways and is certainly quite difficult to listen to. Some songs are atmospheric, with plenty of room for rounded vocals which feel quite warm, and then there are others where it is caustic and full of venom. With chanting, and loads of imagery, I think this is an album which takes more time than I have to fully get inside of. This is also available through Bandcamp and is one to certainly hear before purchase.