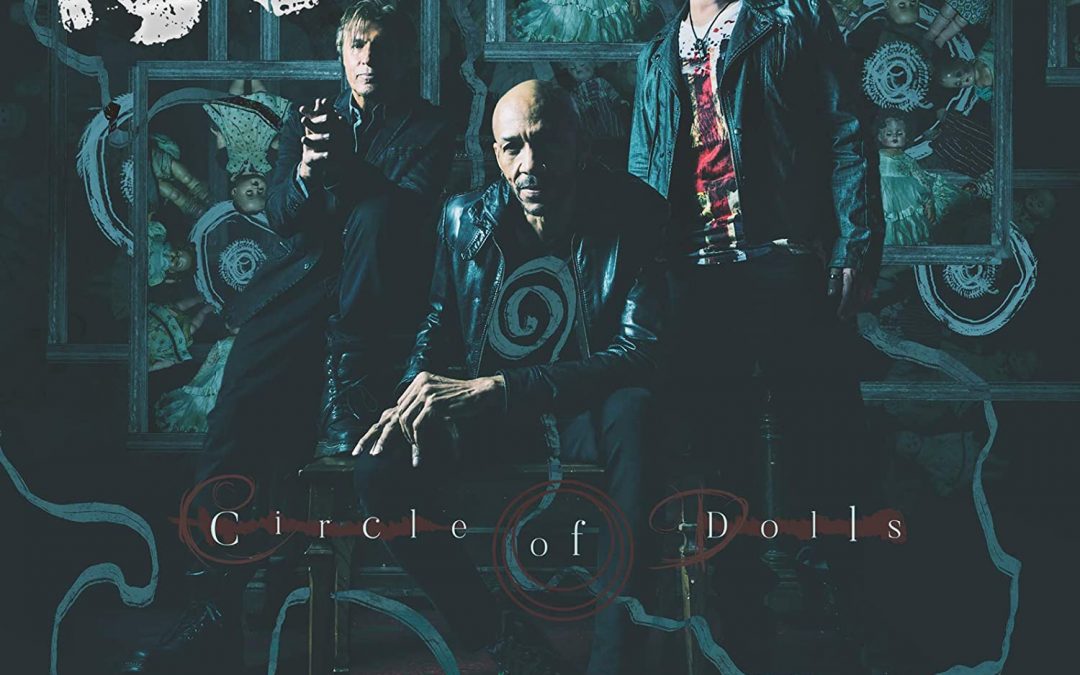 KXM is comprised of dUg Pinnick of King’s X on vocals/bass, George Lynch of Lynch Mob/Dokken on guitars while Korn’s drum maestro, Ray Luzier, rounds out the powerhouse trio. The band takes its name from the combination of the member’s other projects: K from Korn, X from King’s X and M from Lynch Mob. KXM formed in early 2013 when dUg, George and Ray spoke about trying to jam together, and this is now the third full-length album since then. I must confess that I really enjoyed this, much more than I ever thought I would, and I am sure this is down to a combination of the soulfulness of dUg’s vocals, the darkness of the overall sound and the commercial lightness and hooks thrown into the mix.

I have never really been a fan of Korn, they didn’t do much for me, have never heard much Lynch Mob (although have been a fan of Dokken over the years) and it did take me quite some time to get into King’s X, but this release really is something which easy to listen to and get inside of, while also having many layers of depths and all of them are dark. It is edgy, with a refusal to conform to anyone’s expectations, and comes across as alternative and interesting. While all the musicians are on good form, as one would expect from people who have toured incessantly, it is the vocals which really make this stand out, combined with Lynch being far more restrained than I have heard him before – he is certainly not being the shred in your face master I had come to expect. This release may well surprise a few people, it certainly surprised me.