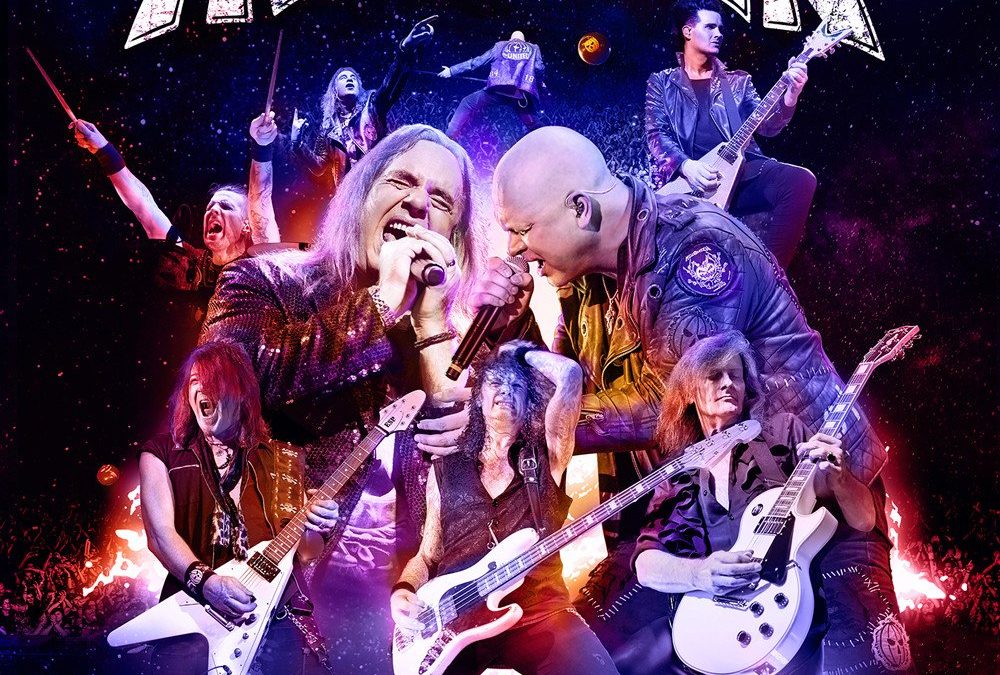 During conversations within Helloween about how to best celebrate the 30th anniversary of the band, it was apparent that it would not really be appropriate to have celebrations without the involvement of two key members, Kai Hansen and Michael Kiske. Now, founder guitarist Hansen left in 1988 while vocalist Kiske left in 1993, so what to do? Easy, invite them back and have a three-guitar twin lead singer set-up. It is not the first time a band has ever tried to do this, as everyone who loves Yes will remember with the aptly titled ‘Onion’ (copyright Rick Wakeman). But there is some precedent for success; when Bruce was invited back into Maiden, he said he would only come back if Adrian could come as well, but what would happen to Janick? Easy, turn Maiden into a three-guitar line-up for the first time in their history and they are playing and recording better than ever. So, what would Helloween sound like?

Forget the comic book past, Helloween belong in one place, onstage. With great rock singers trading lines and challenging each to do better, three guitars filling the sound, one can only imagine bassist Markus Grosskopf and guitarist Michael Weikath pinching themselves that they were again sharing the stage with their old friends like they used to in the Eighties. There is no doubt this is an album which is indispensable for all their fans, as the band are out to have fun, and so are the crowd. With the right people onstage, they work though their whole career, having an absolute blast. The very first Helloween single I purchased, more than 30 years ago, was “I Want Out”. Here they tear it to pieces, and the crowd is with them all the way. If you want to hear what this is like, then check out the YouTube video of them ripping Wacken a new one.

It is hard to fault this album. Helloween may not have really stood up to the promise of their first three or four albums, but they kept at it over the years, and it is in the live environment where they really shine. With the introduction of a second top quality rock screamer, and becoming a three-guitar line-up, Helloween appear rejuvenated and the crowd are certainly lapping it up. This live album (and Blu-ray) captures a band in their element on tour back in 2017, headlining Wacken, Rock Fest Barcelona and Masters of Rock, as well as with Iron Maiden at the Sweden Rock Festival and Firenze Rocks. The only reason they have yet to go back into the studio is because they were asked to step in for Megadeth when Mustaine’s ill health caused them to drop out of some shows. The next studio album will show if the new version can produce a return to major form, but until then, this is a live set and line-up fans never thought could happen.