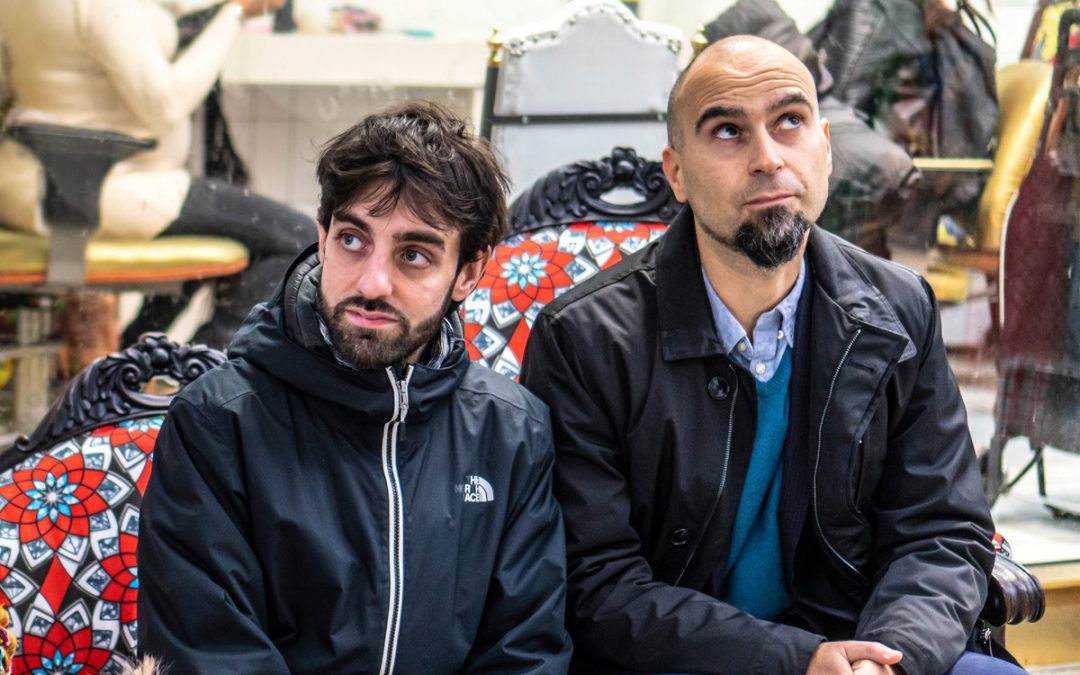 It is not often I am at a loss for words, but with this release I am, I really am. Part of me is saying that it is because my musical knowledge is sadly lacking and if I only understood more then I would appreciate what was taking place and be able to enjoy it, but another part of me says no, this is simply dire. Just in case it is the former instead of the latter, here is what the band themselves say about it, “They call it non-idiomatic free improvisation. We don’t agree 100% with the definition, it’s a philosophical quarrel, but that is what we do. The album is documenting an excerpt from two recording sessions on cold mornings in March and May 2019 in Brussels, at Monty Studio. Two condenser microphones in the room plus a dynamic one pointed on a twin reverb, to capture the sound of Emiliano Deferrari and Marco Machera improvising on acoustic and jazz guitars, baglama, violin and objects found in the studio. No overdubs, no post-production, a rough mixing, and a transparent pre-mastering. The beauty of the moment without pre-ordered languages to fit into, not against but beyond rules.”

It is certainly beyond the ken of anyone who is used to music being a regular formation of notes, and I must confess I do think that anyone with fairly basic musical skills, access to instruments and a studio could possibly record something like this. This isn’t a piece of music, it isn’t even warming up, it’s just a noise, although you may feel different which is why I have included the bands own words. However, I cannot believe I am wasting my time or yours by writing any more about it, so I won’t.