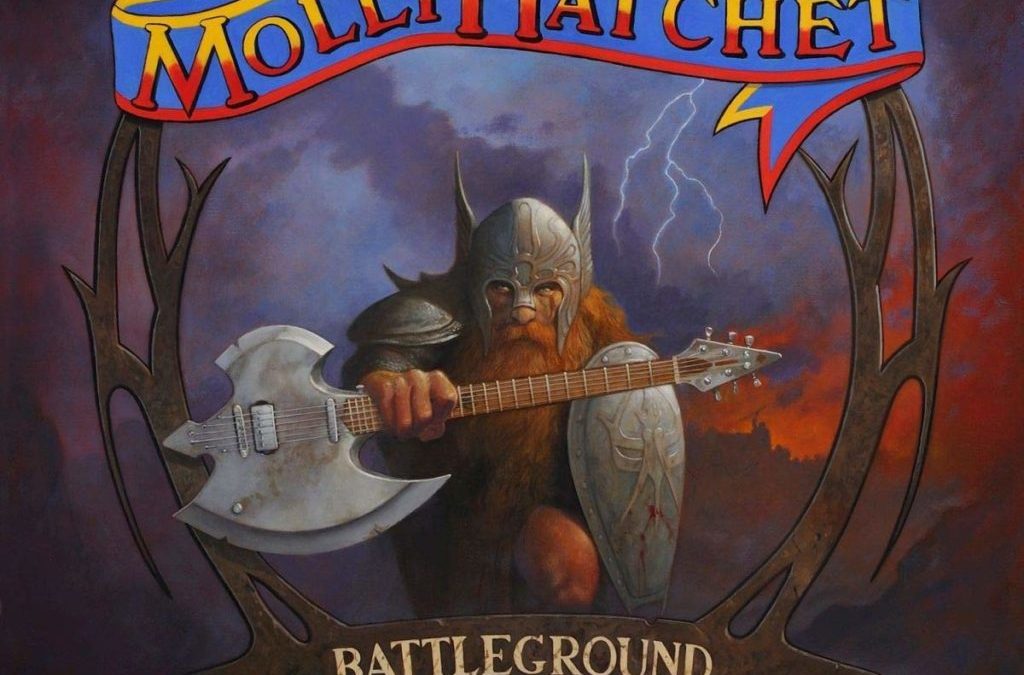 I remember the first time I came across Molly Hatchet, it was back in 1979 and our local rock radio show used “Boogie No More” as their theme. It featured three guitar slingers in Dave Hlubek, Steve Holland, and Duane Roland, together with the southern growls of Danny Joe Brown. I hadn’t come across anything quite like it before, and just loved it. By the time of 1985’s incredible live album ‘Double Trouble Live’ they were down to just two guitarists, but it is still one of my all-time favourite Southern Rock albums. Over the years this has a band to which fate has not been kind, with the untimely death of many of their members, and of the seven musicians who played on their debut album back in 1978, only Steve Holland is still with us (he left the band in 1984). In recent years they lost two serving members in Hlubek in 2017 and singer Phil McCormack in 2019, yet still they persevere.

The core quartet of Bobby Ingram (guitars), John Galvin (keyboards – who was originally in the band as long ago as 1984), Shawn Beamer (drums) and Tim Lindsey (bass) have been together for more than fifteen years, and they have just welcomed singer Jimmy Elkins into the ranks as they continue to hit the road. Ingram is the man who has kept the band going as long as they have been, even though he wasn’t a founder member, and indeed now owns the band name. After Hlubek passed away he made the call not to bring in anyone else as he stated he was irreplaceable and didn’t want to play with another guitarist. This means the triple attack has been reduced to a single guitar, and while Galvin does a wonderful job filling the void behind the lead, it means they can no longer perform as they used to. This to me is a real shame as I have loved this band for more than 40 years, and they live onstage (this is their seventh concert album), but it just is not right without another person on a six-string. Ingram is a great guitarist, and the band pull out all the stops, but while he can lay down extra lines when in the studio this just is not possible onstage.

We get a mix of songs from throughout their career, three from the very first album all those years ago (“Bounty Hunter”, “The Creeper” and “Dreams I’ll Never See”), plus four from ‘Flirtin’ With Disaster’, including the title track, but the band are doing both themselves and their fans a disservice by only having one guitarist. Yes, it works, and yes, it is fun, but it is not great, and they deserve to be. There is no “Beatin’ The Odds” as even a guitarist as fine as Ingram cannot do that on his own. Here we have a band who are cooking, no doubt, with great songs and performances, but to hear a real live performance then go back to ‘Double Trouble’. All that to one side, this is still one heck of an album.