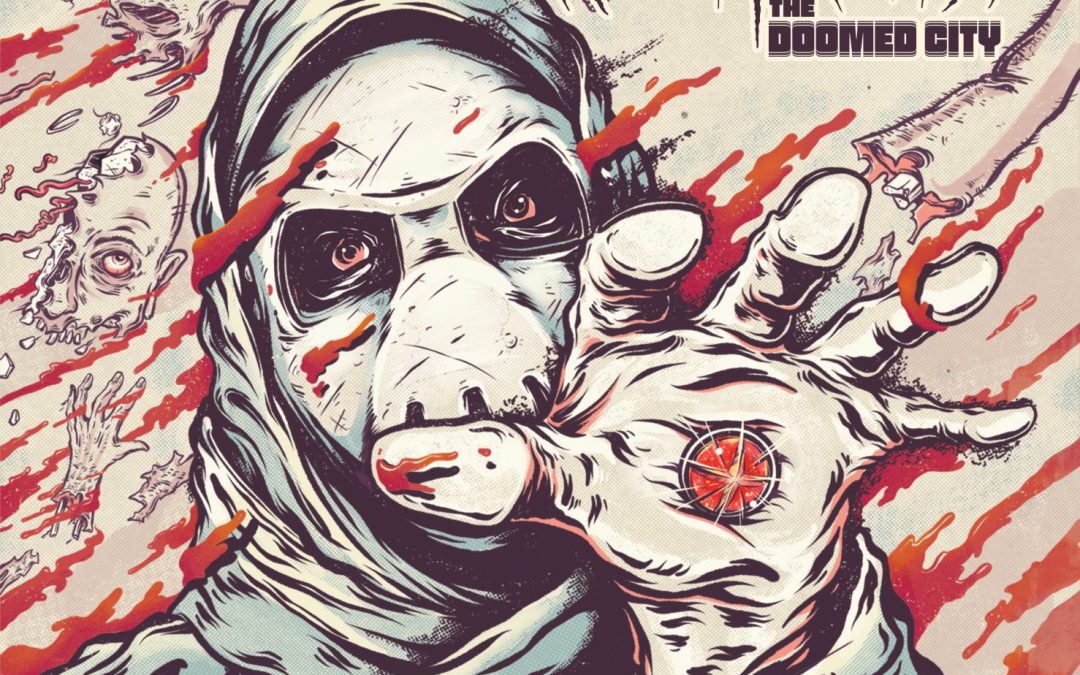 Just one look at the cover art by the cover art of Denver graphic artist Max Sherman should be enough of a clue as to what lies inside. Yes, the crystal in the outstretched palm is red, and we are deep in the world of ‘Logan’s Run’. This is the third album from the Denver-based melodic death/thrash quartet, following on from their 2018 album ‘Eyes of Blue Light’ which was based on ‘Dune’. “We chose ‘Logan’s Run’ as a deliberate challenge to youth culture. Rebellion is not about decadence. Fundamentally, it’s about ethical beliefs that undermine authority and power,” notes guitarist Joe Johnson. Although these guys use vocals which often fall into the death territory, musically they are often not as heavy as that, and have far more in common with traditional thrash. But, there is also a great deal more melody contained within it, as well as the music somehow also being much lighter than one might expect. It is an unusual combination, which made me think more of NWOBHM not so much in style but in approach, with a refusal to sit within any particular category and switch it up as the mood takes them.

This is a self-release, but there is a naivety within this which is really quite appealing and attractive. Not nearly as dark as many in the genre(s) they inhabit, this is far more commercial and at times even Maiden-esque, while In Flames and Annihilator also get a look in. If the vocals were different, then the band would be not really of thought as being in the death area at all, as while the guitar riffs are often quick, that is not always the case and there is not nearly as much intricate interplay as one would normally expect in the genre while the solos lead much more to a thrash or power metal area. It is an interesting and very accessible metal album indeed.