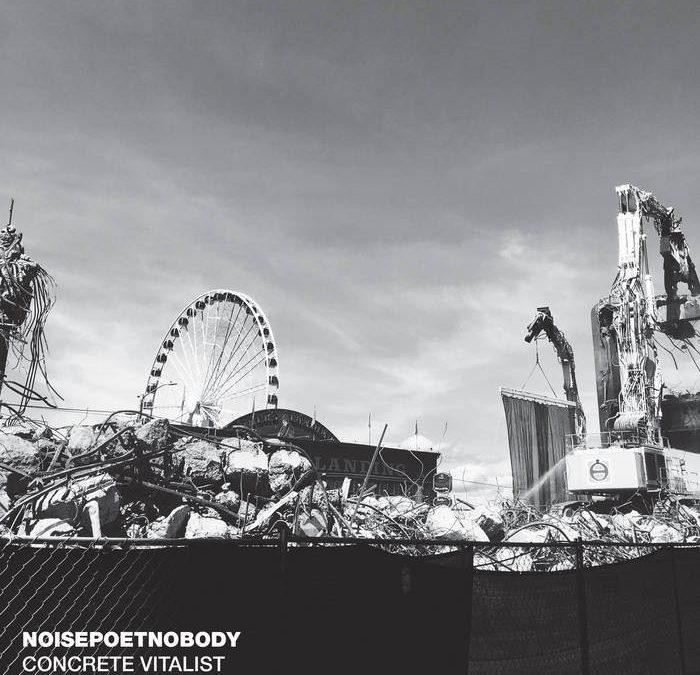 I fell asleep listening to this album one night, and I am not quite sure what it says about both my state of mind and my musical tastes when I find something so experimental and challenging to be actually quite relaxing. This isn’t really music as such, but cutting-edge art turned into sonic form. Casey Chittenden Jones has been creating a reputation over the last fifteen years of using a variety of forms equipment to create haunting, discordant, and broken sounds to express the need for creativity in a dying ecosystem. He is obviously within the same musical area as Gridfailure, but this feels more analogue, and more current. This feels like a man alone in a modern city, albeit on the underside, while David Brenner sounds more as if he is a post-apocalyptic dystopian age. Jones uses homemade instruments, synthesizers, field recordings, and modular equipment, which in some ways are even more ragged, more frightening, than those of Gridfailure. The inclusion of piano strings within this are disquieting to say the least.

The audio collected for the four movements contained on this release includes performances on city sculptures and utility structures with a contact mic, destruction of major road over passes, hummingbirds in violent confrontation, and an old decaying piano harp with e-bows pressed towards strings and rusty nails thrown into it. Then on top of that we have synths and weird effects which transmute the sound, creating something new and very strange indeed. I vividly remember the time of Peter Gabriel’s fourth solo album, where he used a Fairlight CMI extensively, and watched a documentary on how he recorded sounds and then manipulated them. In many ways that is what Jones is doing here, taking elements of krautrock and the avant garde and turning it into something which challenges are our very thoughts of what it means to describe something as music. Comments Jones, “The album was inspired by concepts of musique concrète, sonic construction, and modern portable recording. A plethora of bus transfers and miles walked into public and remote recording locations over a year’s time are represented.”

If I played this to a thousand people, nine hundred and ninety-nine would walk away asking what on earth I was doing. The one who was left, will be the one who is in awe of what this is showing us about the world we live in and our own reaction to it. Is that you?