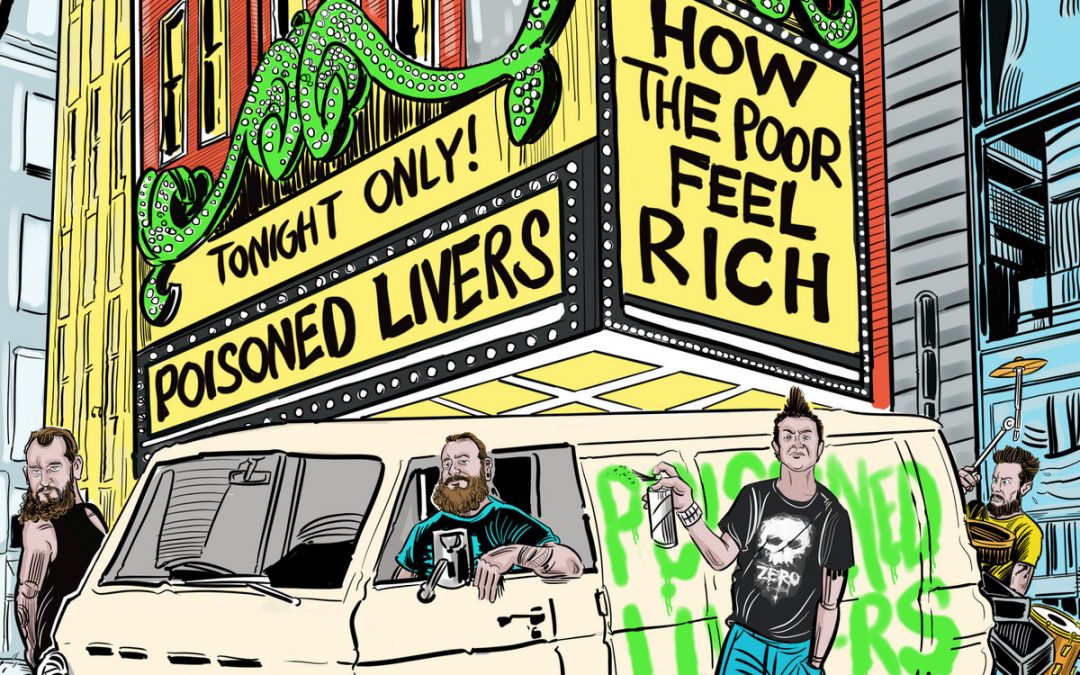 The Auckland-based band describe their music as Stoner Punk, which somehow is quite apt. The music tastes and influences are quite varied with each band member, so it is a bit different from the mainstream genre, containing a heavy driven hard rock sound with a few quirks and a bit of pace every now and then. Influences come from the early American punk of Dead Kennedys, Black Flag, Fugazi and later in the genre Cancer Bats, The Bronx and Gallows. Somehow it also reminds me of the aggression of the UK Oi! scene and the likes of Cockney Rejects, alongside classic British punk such as UK Subs. This is old school, with no rights at all to be around more than 40 years after the movement exploded in both the UK and USA, but although it is PUNK, it contains that stoner element which makes it quite different to what one might expect.

There is an honesty about this which is often missing from punk these days: there is nothing remotely commercial about this six-track 16-minute-long EP, it is just a group of guys getting together and creating a joyful noise. It has not been over produced or over sanitised either, the band have gone into the studio, plugged in, played, and then gone to the pub. It is only on playing it a few times than one realises that many of the songs have infuriatingly catchy hooks which stick in the brain, and it may all be raw and simplistically brutal but that is design as opposed to the guys only being able to play a few chords. “Glass In My Ass” is 83 seconds of sheer fun, where they show they are more than just distortion, and can produce a riff which does not sound out of place on a Sixties Surfing record, apart from the liberal use of distortion and a singer who is not exactly sweet and innocent. Lock up the innocents, Poisoned Livers are raging a punk war in Aotearoa.