Validor –In Blood In Battle 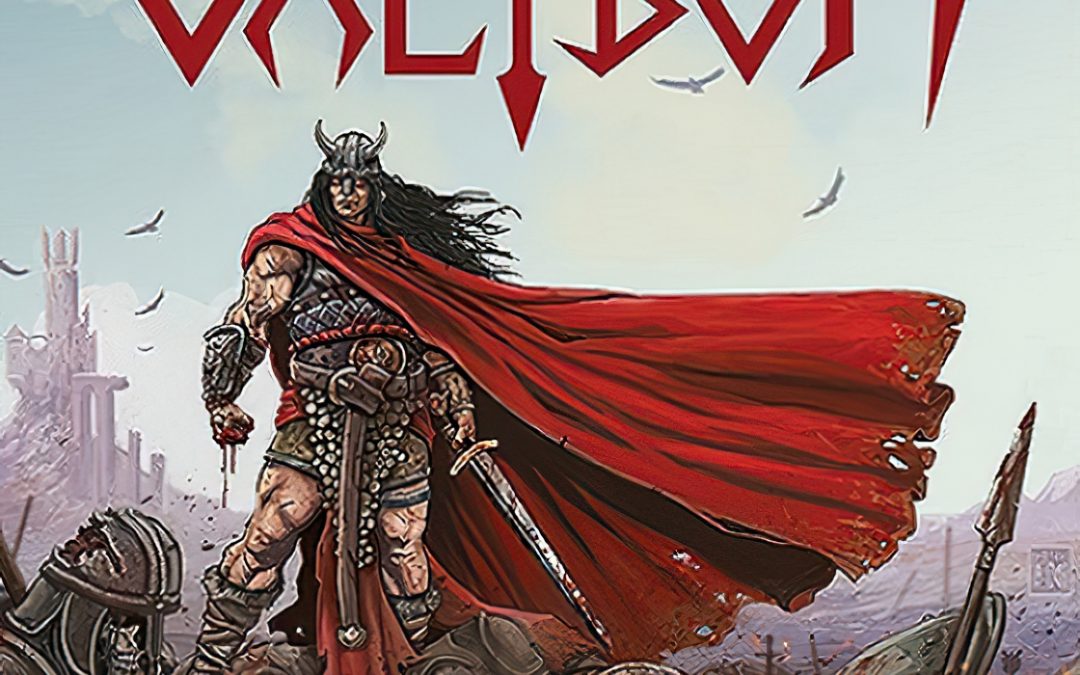 Here is a wonderfully remastered and remixed version of Validator’s cult classic album ‘Blood in Battle’. The original album was first introduced to the heavy metal world in 2011.

One does not particularly associate Greece as being a nation that has much dominance in the arena of heavy metal exploitation. This is especially true when the resultant music is extremely fast flowing and intricately flavoured with outpourings of Nordic styled heavy riffing. Music which is totally saturated with superbly shredding guitars and a preponderance of interweaving keyboards and volatile percussion galore. There is, unquestionably and throughout the entire programme, more than a passing resemblance to the classic duel lead guitar attack of Iron Maiden. Oodles of heavy-hitting yet melodic guitar coming at you full of energetic force. However, there are some moments throughout the programme of nine tracks when the ‘Hellenic; identity is strongly revealed both in vocal phrasing and a spell of bouzouki like guitar fingering. The particular track in question is the opening sequence of ‘In Blood in Battle’ (actually the title track). The excitement level generated by the music on this album is totally amazing, fast furious and energy levels to the extreme. It would be great if this new version could ever be performed live, unfortunately, I believe not but here’s hoping.

Originally released in 2011 ‘In Blood In Battle’ achieved somewhat of a cult status however someone associated with the band felt that the production on this earlier recording could be vastly improved. And so ‘Babis “Bob” Katsionis’ former rhythm guitarist and keyboard player for the heavy metal /power metal bands ‘Outloud’, ‘Firewind’ and ‘Serious Black; was commissioned to overhaul the Drums/Guitars/Bass/Keyboards. Such instrumental compositional modifications and subsequent re-workings were then calculated, organised accordingly and carried out.  All of which was directed in the recording studio. However, this was carried out without affecting the original vocals and solos thus preserving the essence and raw power of the original recording. Not only has ‘Bob Katsionis’ facilitated an amazing job at the mixing console but he has wonderfully contributed to the album by taking on the instrumental roles of lead guitar,  bass guitar and keyboards adding his own special charm and panache to the proceedings. Thus turning what was a good album into a great one, a true classic.