It takes a very special band, to be good enough, just to pass off as a ‘Pink Floyd’ tribute band, let alone a band sufficiently brilliant to create new music that treads firmly in their footprints of such an iconic band.  Yes, it is indeed exceptional that a band could produce original music that not only recreates the fundamental feel of the  ‘Pink Floyd’ sound but to do so by integrating a wealth of fresh new Floyd like material without treading down the path of plagiarism.

Alcàntara, a band from Scilly, has achieved the impossible by doing exactly this, assimilating very cleverly the flavour of ‘Pink Floyd’ within the structure of their material both in terms of their own sound and instrumental arrangements. The album in question is “Solitaire” their debut album.

When you think about it, it actually takes a very brave outfit to embark with the idea of capturing, within their own self-penned music, the uniqueness of the Floyd sound. Not only have they captured the distinctive Pink Floyd sound but they have actually moved the music forward into another dimensional sphere, in a sense creating what the band might have sounded like if they were still recording today. For example, their use of pre-recorded sound textures is brilliant and is so beautifully integrated into the main themes. But more importantly, the musicianship is first-class throughout with the various combinations of organ/keyboard, guitar and percussion beautifully executed.  I really do not know of any other band who would have had the audacity to venture so brazenly along such a clear Floydian path. There are of course some subtle differences especially in terms of vocal projection but they have captured exactly the same pioneering spirit of one of the truly giant progressive bands from the past.

Following the departure of Syd Barrett ‘Pink Floyd’ seemingly created a distinctively more spiritual feel about their music. This certainly is the period upon which ‘Alcàntara’ have mostly focused their music. Therefore it is actually no surprise to learn that “Alcàntara” are located in such a beautifully atmospheric part of the world. Hailing from the Metropolitan City of Catania that is bathed in the shadow of Mount Etna whilst to the East overlooking the beautiful Ionian Sea. An area steeped in history, founded by the Greeks in the 8th century. One can imagine these guys from *Alcàntara” bathed in the evening sunshine indulging in the strumming of guitars whilst singing and drumming on beer laden table tops as they practice both the old and new songs, Wish I was there!

Summary: A brilliant album packed with new material that captures exactly the same spirit and beauty of the original Floyd sound that was attributed to this very classic and quite unique British Band of the seventies.

Francesco Venti (guitarist) with the contribution of

Additional Note: (From the internet) 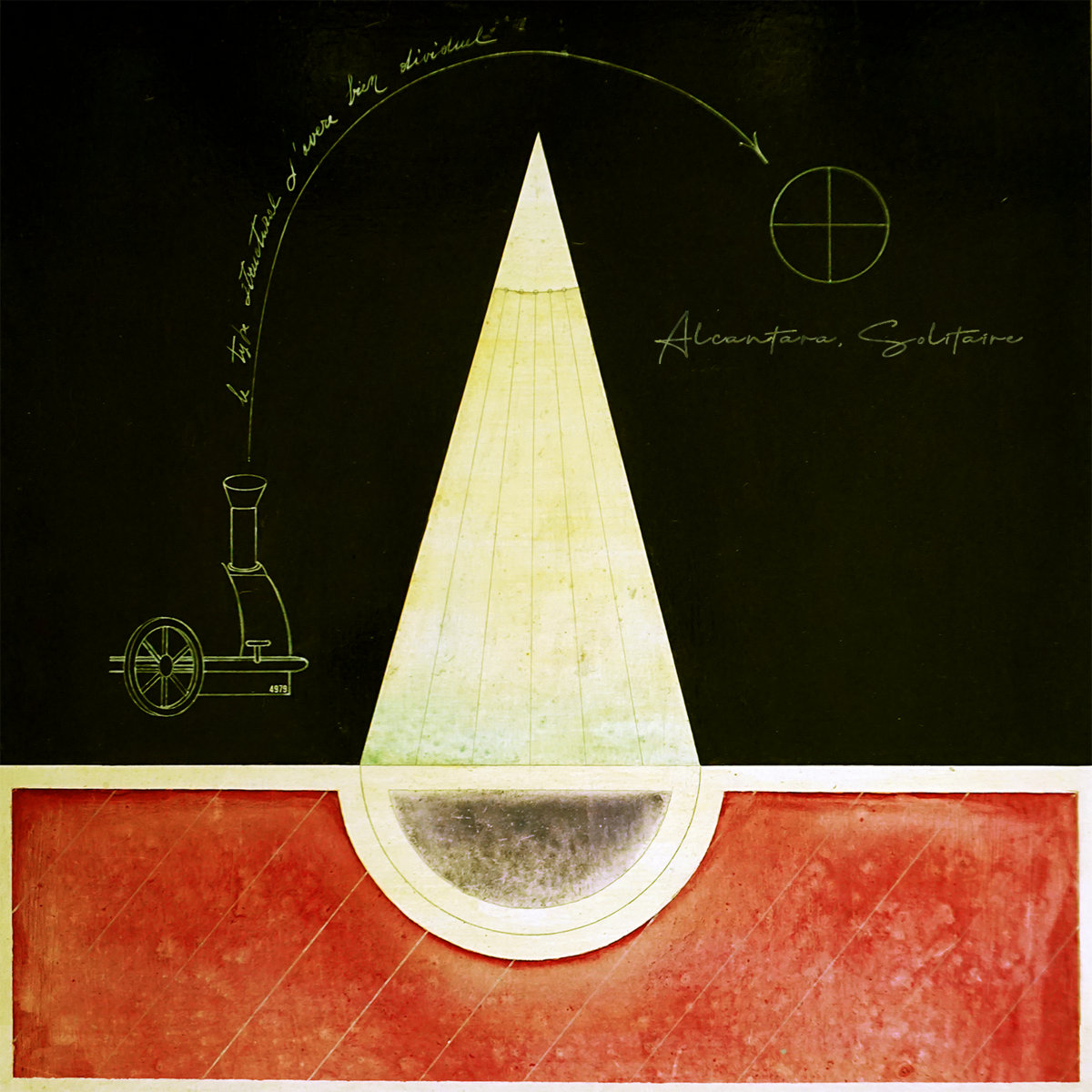 Alcantara published “Solitaire” in principle a year ago. Progressive gears have now taken on the Sicilians to give the album a wider spread. The Italians are already very broad musically and combine skill with appealing songwriting. In the prog-psychedelic area, some moments are reminiscent of Pink Floyd, guitars and keys sometimes of Marillion. We do not experience an exploding volcano with “Solitaire”, the overall orientation is usually too quiet for that, but Alcantara is exciting enough for exploration, as in the gorge of the same name. It will be interesting to see what else this band will have in the future.