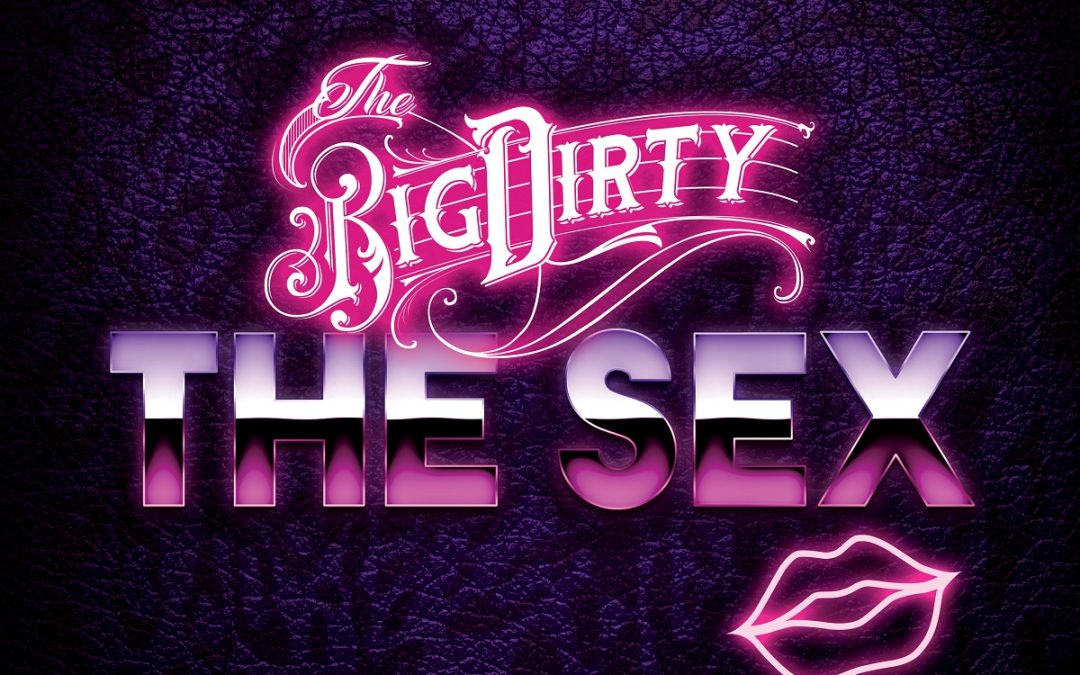 UK band THE BIG DIRTY, not to be confused with the Geddy Lee and Alex Lifeson lead Canadian band with an almost similar name, is a foursome that started out a couple of years back with Northampton as their base of their operations. “The Sex” is their debut album, and is set to be officially launched in early July 2020.

With their choice of names for band and album alike, people with a reasonably good knowledge about music will have some expectations as to what this quartet is all about, and a key word in that regard will be the word sleazy. The Big Dirty does deliver in that department too, especially in terms of lyrics and certain vocal delivery choices by singer Jonny Rocket, but there are some aspects of this band that may surprise a bit too.

They do take a number of cues from the dude looks like a lady era of sleaze rock, or the late 80’s if you like, and I wouldn’t be surprised if this is a band that have spent a few hours listening to good, old Aersomith from their commercial heydays and brought elements of this into their songwriting. 80’s hair metal tendencies are present as well, but just as important are 70’s hard rock elements and songs made with a wee bit more sophistication than the pop metal that topped the charts more than a generation ago. Unless I’m much mistaken these guys have, by plan or accident, also dropped a few grunge elements into their brew here and there, especially in the darker toned, more dirty sounding riffs and bass lines.

The main sleaze here is in the lyrics department though. The songs have their fair share of dirty licks, and riffs in between the pumping, energetic hard rock, but the lyrics literally brings out the sex. They are also fond of giving their songs an ebb and flow motion and throbbing elements, often combining with the lyrics to emphasize certain messages and…ehem…movements. To state that the music and lyrics combines have a high element of testosterone is in this context undeniably an understatement.

For me personally this is a type of music where a band has to be really good to impress. In this case there are some really strong tunes scattered throughout the album, with Whiskey Pistol, Rhythm of My Drum and Wham Bam (Thank You Ma’am) as the ones I’d highlight, while other songs to my mind strikes me more as material that will please those with a more dedicated taste for this type of music. It is a fine example of a debut album, and a production that will strike most hard rock and hair metal fans as a fun listen. But it is for the people that know, love and treasure sleaze rock that this production will be regarded as most orgasmic I suspect.