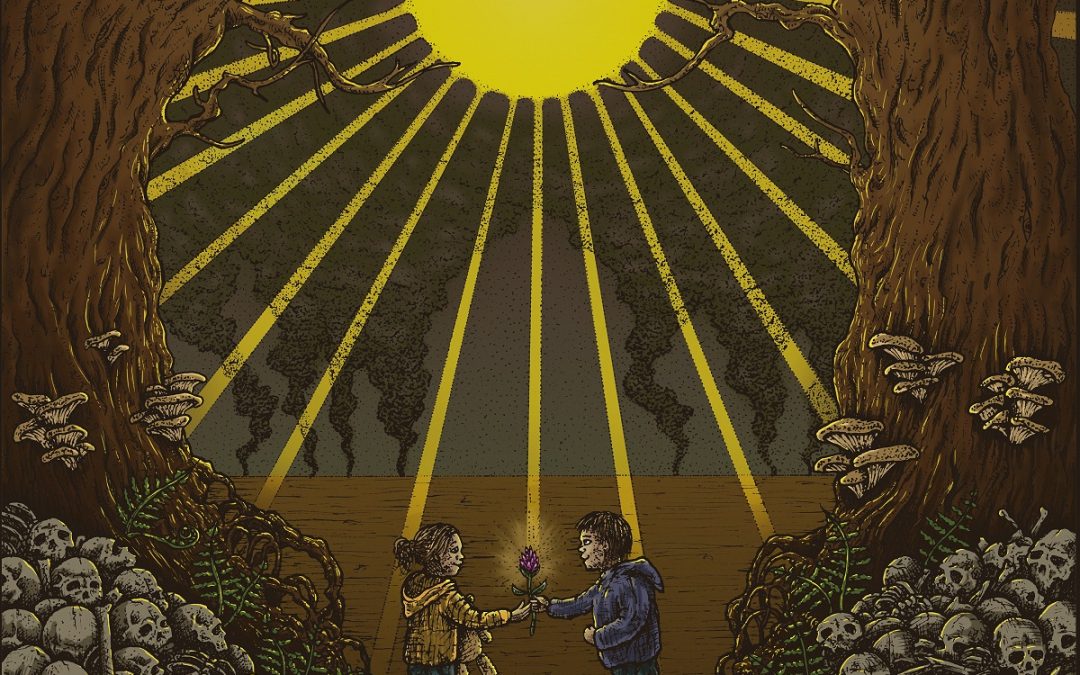 UK foursome RAZOR SHARP DEATH BLIZZARD have been an active unit since they formed back in 2014, a band consisting of seasoned musicians with past experience in multiple bands. Following a few years break from the recording studio, they are now back with their second album”The World Is Fucked”, which is set to be self released at the start of July.

I was rather pleased with the previous albums these guys created, and a couple of the songs from that production has become regular tracks among the music I listen to for sheer pleasure rather than for review. Hence I was rather curious about how this new album would turn out. What I was expecting was the same blend of elements as on their previous effort, a mixture of elements from metal and hardcore, as well as an aggressive attitude. And in that the band does deliver pretty much as expected. There are some changes in their sound and approach however, first and foremost I’d say that this is an angrier and more aggressive production throughout.

The music backbone of the band resides safely inside a few different aspects of metal. Doom metal is arguably the main ongoing tendency in the riff department, with undercurrents, transitions and sequences where the band adds in some thrash metal elements. More monumental, epic-sounding vanilla heavy metal escapades make it into this brew as well, but the doom-laden aspects are never all that far away. Rather frequently I’d describe many of the songs here as ones blending doom metal aesthetics with thrash metal delivery as well as the other way around.

Vocalist Jamie Clark caters for the main hardcore aspects of the sound with shouted, aggressive vocals. This time around leaving some of the more melodic sentiments from the previous album behind completely, going for full aggression, twisted guttural shouting. Purebred aggressive, possibly with anxiety, despair and fear as undertones as well as fuel for the aggression. Allegorically speaking, I’d say he sounds more pissed off than a drunk Scot after the Scottish team has lost to England.

I see this band being described as hardcore in many places, something I’ve never really understood. While researching a bit today I found out that there is a subgenre called heavy hardcore, and I guess this is a context that fits this band rather well. For my sake I’m increasingly not in favor of the steadily growing forest of subgenres (what’s next: Aggressive hardcore?) but I’ll just briefly mention that aye, I am (now) aware of such a thing.

“The World Is Fucked” is an album that deliver quality goods through and through, and even expands the band’s repertoire subtly with the sludge metal final two minutes or so. But aggressive hardcore vocals backed by thrash, heavy and doom metal music is the main name of the game here, and those who think this is a mixture that sounds appealing should find plenty of material to enjoy on this album.