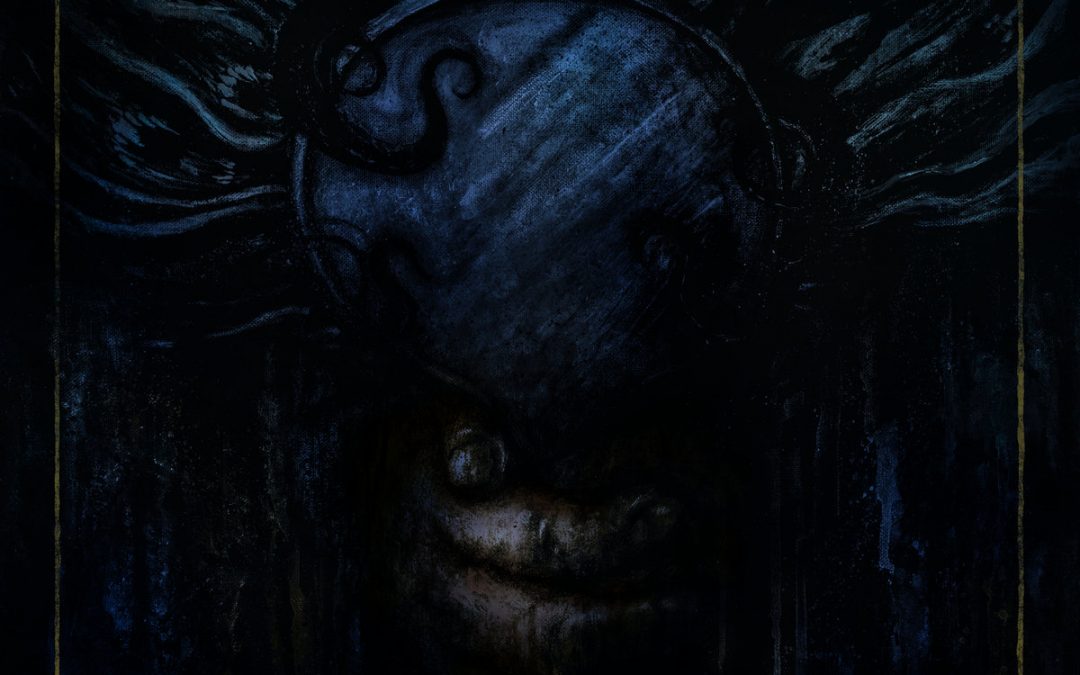 This is the debut album from UK doom metal trio Godthrymm which features vocalist/guitarist Hamish Glencross (ex-My Dying Bride, Vallenfyre, Solstice), and drummer Shaun Taylor-Steels (ex-My Dying Bride, Anathema). Since the recording they have added bassist Bob Crolla to the ranks, making the third bassist they have had across the two EP’s and album so let’s hope they are now stable as this album needs to be toured and bedded in (as soon as Covid 19 lets them). Just by looking at the bands Glencross and Taylor-Steels have been involved with will give you some idea of what this album is like, as here we have a doom album of the highest order with sweeping walls of sound and harsh vocals to provide a contrast. Hamish’s wife Catherine plays a vocal part on two of the numbers, and I would actually have liked to have heard a lot more from her as she cut through the darkness and gloom like a shining light, ensuring the darkness and melancholy were more deeply felt.

The chords are solid slabs, sinking to the ground allowing the listener to rest on them while waiting for the next one to come in. The use of atmosphere within the album is very well handled indeed, far more akin in many ways to classic black metal as well as doom, with a darkness and presence which is palpable. Many fans are already highlighting this as a classic example of the genre, and I must say it is one of the most impressive I have come across for some time. There is nothing whimsical about this, it is powerful and heartfelt from beginning to end, with each note and drum being hit at exactly the right moment, raising an expectation, and delivering each and every time. There is a power from the vocals with Glencross bellowing from his diaphragm, ensuring he stays on top of the tumult and while he does sometimes miss the notes he is going for, the atmosphere more than makes up for it. Fans of the genre need to seek this out.