Airbag – A Day at the Beach 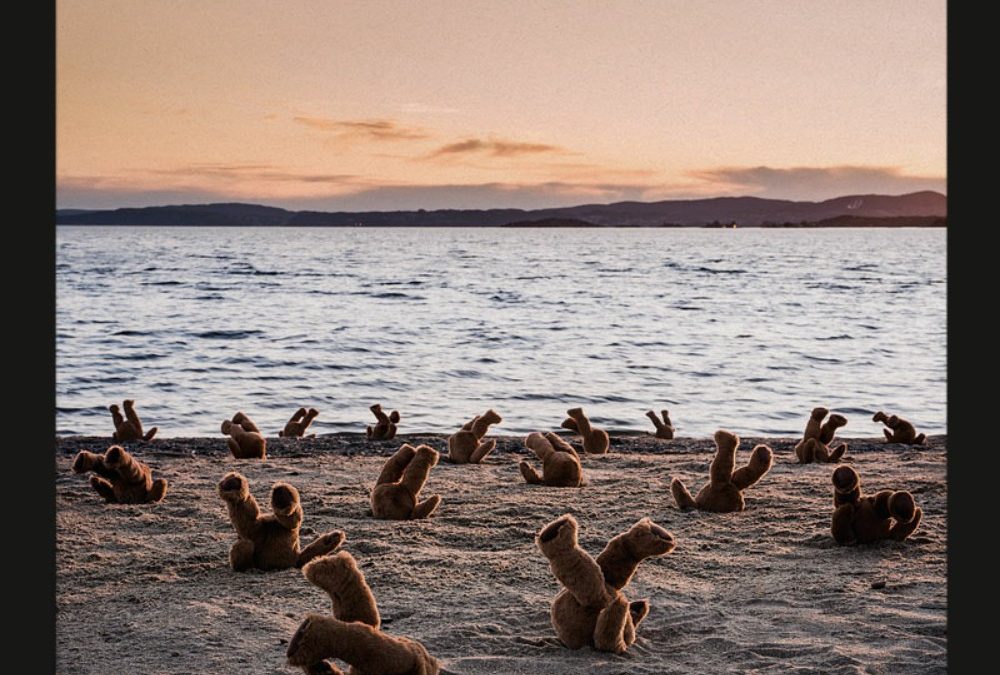 Longish time spans between albums seem to be the norm for ‘Airbag’ who have just released their fifth new album ‘A day at the beach’ four years after their last album ‘Disconnected’ in 2016.

Despite such extended time lags between recorded outputs ‘Airbag’ continuously defy the problem of being overlooked by the world wide progressive rock audience as they always deliver highly dynamic music bursting with melodic riffs and overflowing with hypnotic rhythms. Such is the patience and understanding of the progressive rock audience, as opposed to the more fickle popular music sector, when welcoming back bands purely on the strength and quality of the music being delivered.

Airbag have been in existence officially as a band since 2004 but their association as a group actually goes back further to around 1994. Their line-up had remained stable throughout their entire existence but, for whatever reasons, they have been reduced to a trio since ‘Disconnected’ their last album. However, other important consistencies have existed during their recording years to stabilise the existence of the band such as their record label ‘Karisma’ and the influence of  ‘Vegard Kleftås Sleipnes’ owner of Oslo’s  ‘Subsonic Society Recording Studio’. Not only has ‘Vegard’ help shape the character of ‘Airbags’ music but has also acted as an important middleman between the various musicians when agreeing the route-specific musical arrangements should take. The band have quoted “We’re very much a hands-on band and probably not the easiest to work with. Still, it’s essential for us and our music, that we work with people that can make us feel comfortable in the studio yet being able to challenge us when needed, make us focus on the important things and cut through the bulls**t of silly arguments.

From a music perspective: Firstly it would be all too easy to drift away extolling about ‘Airbags’ music as a whole and as such lose sight of the intricacies of this particular album  ‘A Day at the Beach’ which has many unique musical twists and turns from their previous albums. The entire affair is a lush assortment of well-balanced carefully structured musical arrangements. Generally, each arrangement starts as a dramatic soundscape building up slowly from an initial series of diversely engineered pulses. Such pulses emanating as either deeply resonant bass or electronically administered loops which are further supported by combinations of deft piano, bass and complex percussive patterns. From such unpretentious opening sequences, the music progressively builds up to a crescendo of great intensity the culmination of which results in swathes of majestic lead guitar bathing in the beautifully atmospheric cauldron of wonderful all-around instrumental support.

The vocals too are perfectly engineered and fit the atmosphere of the music wonderfully well. They are delivered with such great emotion, tremendous feeling and panache.

Summary: A really wonderful example of modern progressive rock and how emotional facets can be so cleverly integrated into both exciting and interesting rock music.

Other Info :For the production of “A Day at the Beach”, Airbag has once again teamed up with long-time collaborator and engineer Vegard Sleipnes, and it was mastered by Jacob Holm-Lupo.

The album is produced by Asle Tostrup and Bjørn Riis, and, as always, the cover is designed by vocalist Tostrup. The album, which is their first as a trio, also features talented guest musicians including Kristian Hultgren (Wobbler).