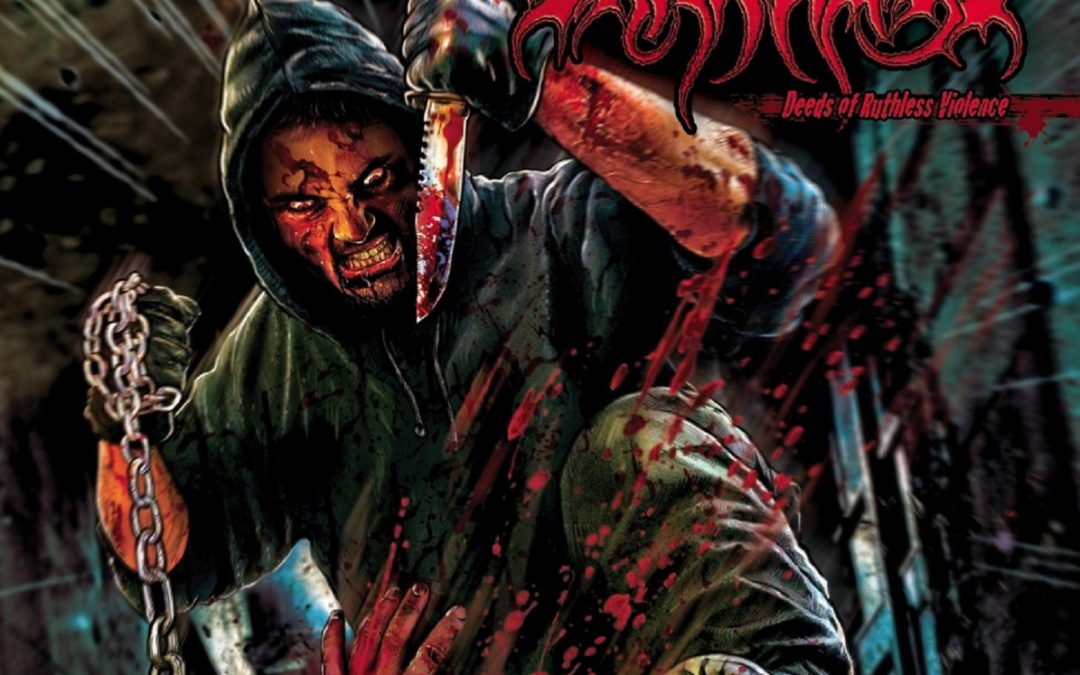 There have been a couple of bands called Deranged from Sweden alone, but what we have here is the one originally from Hjärup, Skåne, who have been playing uncompromising brutal death metal for nearly 30 years. The man who was at the back at the very beginning, providing the driving force, is still there, Rikard Wermén, and he has guided them to this their tenth studio album. Guitarist Thomas Ahlgren and bassist Andreas Johansson have also been there for more than ten years, but the successor to 2016’s ‘Struck by a Murderous Siege’ is first feature new vocalist, Johan Bergström (Visceral Bleeding) who replaced Anders Johansson who had been on the last few records.

Bergström is a classic death metal singer, very much in the vein of Chris Barnes, and here is a Swedish death metal act who have seen no need at all to change their musical style but are still pushing out the same American-inspired in your face death style as they have been for all these years. Just eight songs, and a playing time of just over 33 minutes we have gentle ditties with titles such as “Carnal Provision for the Rotten Masses” and “Necro-Bulimia Interfering Afterlife: and combined with the music it feels as if we have stepped back in time. While they may not ever compromise on the heaviness and attack, which feels as it one is being covered in molten lead and Wermén killing the double bass drum pedals, the guitars and tempo is often much slower than one would expect from the genre. They certainly mix it up a great deal, and it is easy to see why the band have had such a long career even with line-up challenges. Brutal death metal, with a groove and even some hints of doom combined with solos which are often more restrained than one might expect, this is a very heavy album which is worth investigating further.