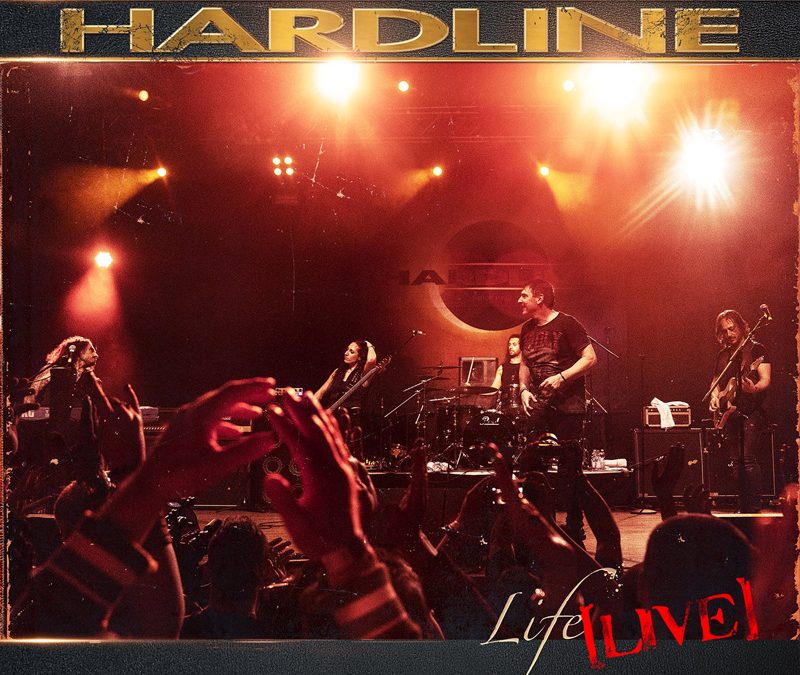 One of the finest melodic hard rock albums in my collection is Hardline’s 2002 release ‘Live At The Gods Festival’. At the time the band were celebrating the release of ‘II’ and played tracks both from that and their amazing debut ‘Double Eclipse’ some ten years earlier. The band has been through some significant changes since then, with singer Johnny Gioeli (who has been the voice of Axel Rudi Pell for more than 20 years) forming a new version of the band with keyboard player Alessandro Del Vecchio. Alongside bassist Anna Portalupi they have been the core of the band since 2011 and were joined by guitarist Mario Percudani and drummer Marco Di Salvia in 2018. As well as the famous first two albums, the band have released another four studio works, and this album is their second live album, recorded at the Frontiers Festival.

Although Johnny is the only one who has been there all that time, here is a band who have been working and releasing music solidly, and this is shown in the way they interact with each other. It is a valid line-up now, not just Johnny and some hired hands playing the hits from 20 years ago, and this album includes not only “Dr. Rock” and of course “Hot Cherie” but also songs from the latest album, ‘Life’. Drummer/singer Deen Castronovo, who of course was a member of Hardline for the debut, also takes over the drum seat for a few songs, much to the delight of the crowd.

I have always felt that Hardline is where Gioeli is most at home, much more so than with Rudi, and this album shows just what a force he can be. He is running the show, with great vocals and bringing the crowd very much on the journey. The overall mix sounds very “live” with little in the way of smoothing, and there are times where the guitar isn’t quite high enough in the mix, but actually that works as it ensures the sound comes through as it would have been on that night. The backing vocals are very good, but again they haven’t been smoothed out and over-produced. All too soon the 12 songs are coming to an end, but when the last number is “Rhythm From a Red Car” then all is good with the world, and that newer songs don’t sound out of place against classics like this is a testament to the band. One for all fans of melodic hard rock.