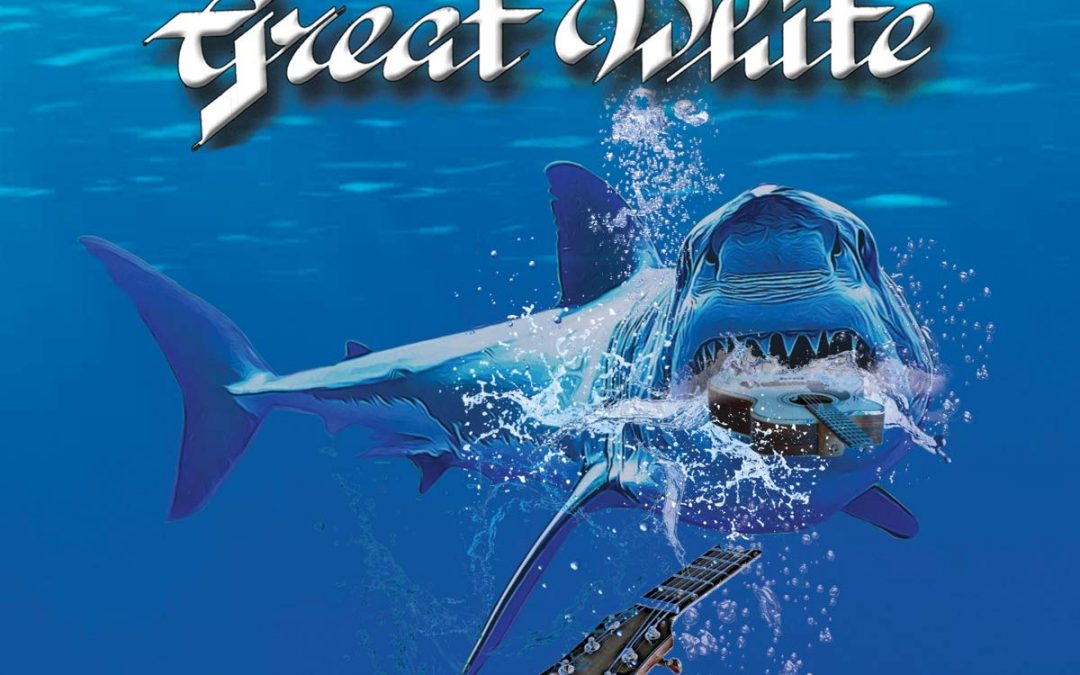 From the album title alone, it is possible to work out what this album is all about, namely that it is an acoustic rendition of the most famous Great White albums. Two of the songs on the album, “Rock Me” and “Save Your Love” were both Top ten hits, and the original 1987 album originally sold more than a million copies. When Jack Russell formed his new incarnation of the band in 2011 it didn’t feature any other Great White members, but in 2013 that was changed when he was joined by former bassist Tony Montana, who performs on this album (but wasn’t in the band at the time of the original recording). So, what do we get? All original nine songs are here, in the same sequence as the original, plus a separate take on “Babe (I’m Gonna Leave You)”.

Russell’s voice seems a little thinner at times, but overall, he is still hitting the notes and on the basis of this is as good a frontman as he has ever been. Musically, it is interesting but rarely more than that. Without the bite of electric guitars there just isn’t the cut through which is required to give the songs the edge. It feels and sounds just like a hard rock band playing songs acoustically, yet not adding anything to them. It is so totally different to Tesla’s ‘Five Man Acoustical Jam’ which in many ways is exactly the same content, but that feels vibrant and positive while this feels somewhat stale and flat. Undoubtedly fans of the original, of which there are a great many, may well be interested in hearing what Jack has done with the material more than 40 years on. Me, I’ll be much happier just playing the original.