Swappers Eleven –From a Distance 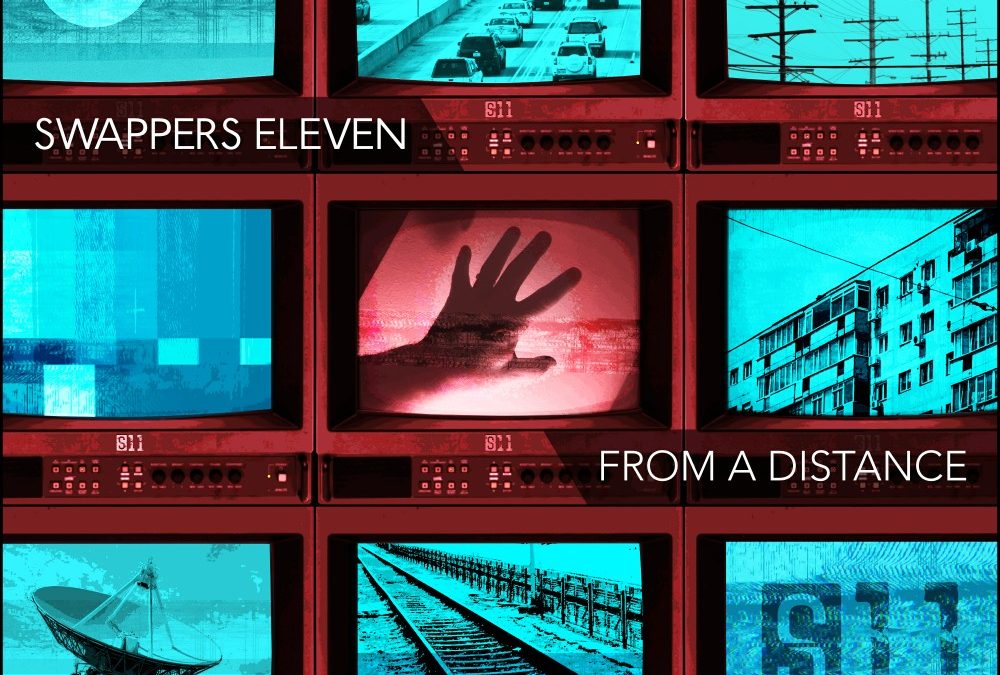 The idea of holding special gigs where the actual band member’s swap over or rotate their places with normal members of the public is not really new but fairly rare in concept. Back when I lived in the UK there was a monthly rotation night at Wolverton Football Club where the house band allowed the interchange of musicians. It was a gig often frequented by Tony McPhee of the Groundhogs. But and apart from ‘Marillion’ I cannot find any other top named bands who facilitate this interchange as a regularly structured event.

‘Marillion, a band deeply committed to their fans,’ actually hold yearly events in several locations around the world namely Port Zelande, Lodz, Leicester, Stockholm. Montreal and Lisbon. These events, whilst fun, also have a serious side inasmuch that they are carried out on a competitive basis whereby the participants are whittled down to a remaining few extremely talented musicians who are then declared as winners.

Back in 2011, in Port Zelande, three guys had won through to the final and had been declared the winners of the competition. Alessandro Carmassi (Italy) (vocals), Luiz Alvim (Brazil) (keyboards) and Gary Foalle (UK) (bass) had earned the privilege of playing with ‘Marillion’ on stage. Such an auspicious occasion was to ultimately cement a strong and lasting friendship between the three musicians and certain seeds for future get-togethers were sown with the partaking of a celebratory beer whilst the reality of their success gradually sank in.

Meeting up again at Port Zelande in 2013, Luiz posed the question: – “Do you guys want to record some original material?” Luiz had written the music for 3 songs. Gary and Alessandro were certainly keen to get on board with the idea of recording together. But the realisation of putting together a demo together proved to be a long and arduous process due to their individual family and work commitments and also the capricious access to recording facilities. However, a demo entitled ‘The Collector ‘was eventually produced which became the catalyst for the formation of ‘Swappers11.  In simple terms, the fundamental concept behind “SWAPPERS ELEVEN” would be the origin trio but they would invite other “Swappers” from Marillion Weekends past and present to perform in allotted guest slots.

2020 has seen the release of their debut self-penned album entitled ‘From a Distance’ an eight-track masterpiece which is packed to the brim with a range of beautifully composed tunes comprising totally engaging progressive music. Whilst there are elements of the ‘Steve Hogarth’ Marillion era about their output this is mainly due to the excellent vocals of ‘Alessandro Carmassi’ who’s vocal phrasing and clarity is pitch-perfect. But of course ‘Marillion’ post ‘Fish’ era are difficult to categorise with each of their subsequent albums varying quite considerably in style. So the best inroad to “Swappers 11” is to regard them as a brilliant new band in their own right. The idea of integrating other guest musicians who have been involved with the ‘Marillion’ weekends is a totally splendid idea not only adding to the diversity of the band but also showcasing the talent of 17 other musicians from 9 separate nations. Especially notable is the exquisite saxophone contributions on several tracks from Poland’s ‘Marcin Sosnowski’ both beautiful, atmospheric and uplifting. Also interesting and standing out ‘Michelle singing both alone and together with ‘Alessandro’

The real engine room to the band providing rhythmic swirls and glorious keyboard interchanges ‘Luiz Alvim’ really sparkles with his keyboard trickery. Just so many changes of direction and oodles of delightfully melodic chord sequences that form the central theme to all of the compositional output. ‘Gary Foalle’ is indeed an excellent bass guitarist driving the music ever forward with complicated basslines often taking a lead role.

Plus contributions from 17 musicians from 9 nations, a testament to the friendships created through the Marillion Weekend experience.