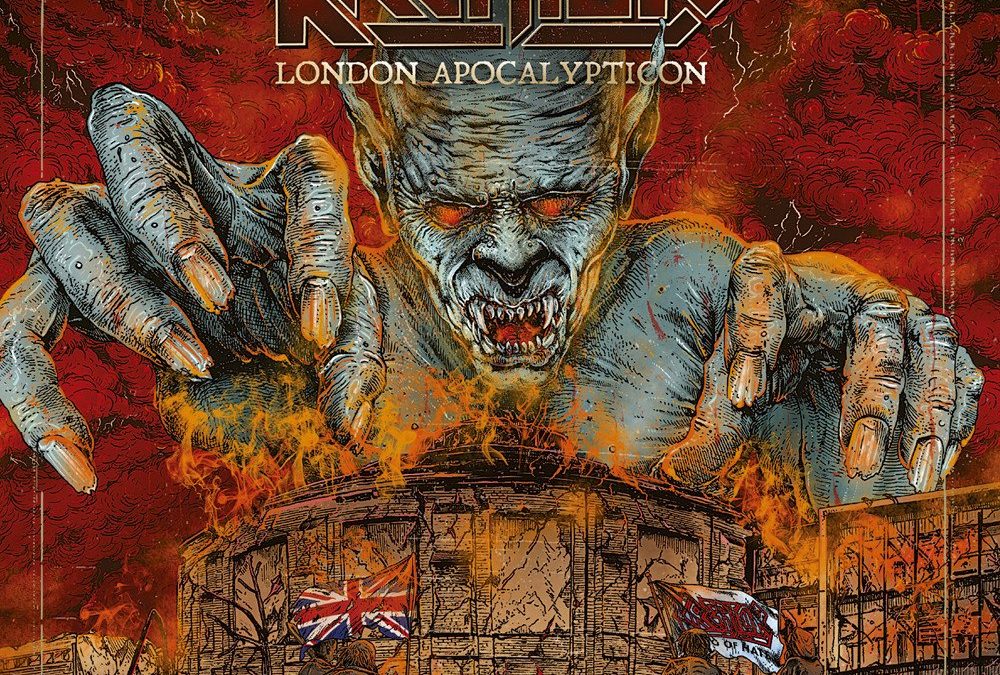 Unless you are lucky enough to live in somewhere like NZ, there is no live scene at the moment (apparently when L.A.B. played recently it was the first arena gig anywhere in the world for months. I have been using the lack of overseas acts to catch up more on the local scene – off to see Coridian again in a few weeks, great band). So, if you want to hear “live” music then the best one can hope for are in-concert albums, and this was recorded at The Roundhouse on December 16th , 2018, on the last night of a 150-date world tour. Bassist Christian Giesler may have left the band since this was recorded, but at the time the newest member of the band was guitarist Sami Yli-Sirniö who had only been there 17 years. Not only had the band been together forever, but they were at the end of a massive tour, so it is not at all surprising that they know what they are doing and how to get the crowd going. The last Kreator live album I reviewed was ‘Dying Alive’ which was released in 2013, and prior to that I had reviewed ‘Live Kreation’ in 2003, and it was the same line-up for all of them!

The songs from the new album happily sit alongside the older material, and they even end with “Apocalypticon” from the latest ‘Gods of Violence’, but that song is preceded by “Pleasure To Kill” which was originally on their second album all the way back in 1986! The acoustic guitars at the beginning of “Gods of Violence” provides interlude before they are off with their own form of thrash with Mille Petrozza in total command, as ever. There may be some debate over who is the top of the Teutonic Big Four, but to my ears it has always been Kreator with Sodom always coming second (I also don’t care what anyone else thinks, my Big Four will always read Megadeth on top, then Anthrax, Slayer, with Metallica a very, very distant last). Kreator have a presence, a desire and hunger which they are still displaying even after all those years on the road. Here it shows, and yet again we have a great live thrash album from the masters of the genre.