Oath of Damnation: Fury and Malevolence (2020) 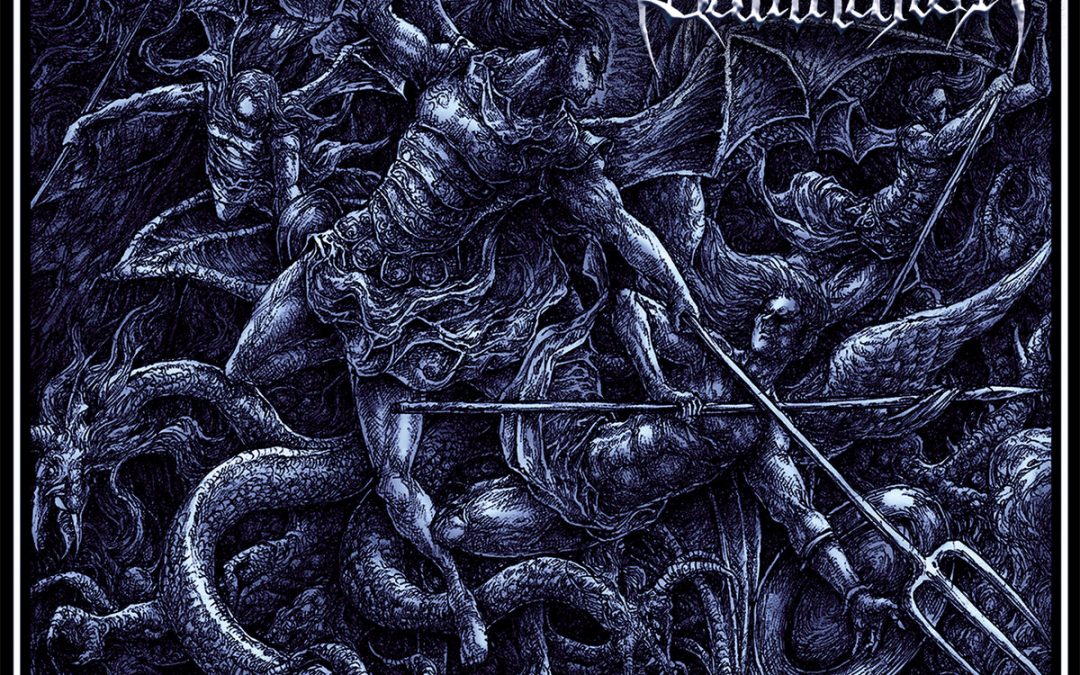 This is the second album from Australian act Oath of Damnation, some six years on since the debut. Mind you, since then they have parted ways with keyboard player and lead singer Formosus which can always cause difficulties. These days the vocals are handled by bassist Doomsayer (Shadow Realm, Beyond Mortal Dreams), and alongside guitarist Necromancer (Shadow Realm) and drummer Constantine (Shadow Realm) they have brought in new keyboard player Haemorrh (In The Burial, Juggermath). As you can see, three of the four are also in another outfit, who apparently play a different form of metal in progressive oriented thrash metal, yet here the guys are going for the heavier aspect with blackened death which contains strong elements of both genres.

It is the core trio which provide the major parts of the attack, and when Haemorrh is providing the backing support he fits in quite well, but there are others – such as when he is playing the same repeated chords on “Ardenti Haereticus” -where it doesn’t quite work. When the keyboards disappear into the background the guys become far more brutal and over the top, with an attack and togetherness which is very impressive indeed. The simple touch of allowing cymbals to ring properly, as opposed to always using crash cymbals (which are also here aplenty), provides an overall finesse to the sound. This album may only contain seven songs and be 36 minutes in length, but it definitely shows promise with some superb shredding and soloing, a very powerful rhythm section and great vocals. They just need to work out how to better use the keyboards, as currently their sound is so tight it is hard for them to always be in the right spot, but once they get that sorted this is going to be a band to be reckoned with. For fans of Belligerent Intent, Enthroned, Marduk or Behemoth.