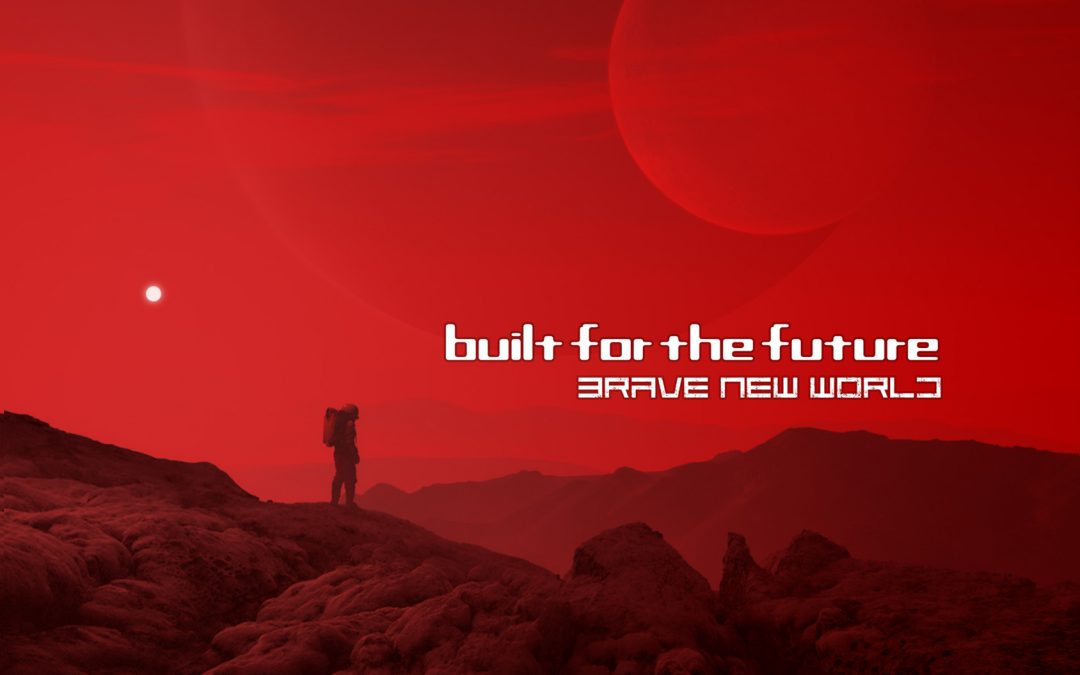 This is the second album by Texan band ‘Built for the Future’ an outfit created by long time musical cohorts Patric Farrell and Kenny Bissett. Their first commercially recorded project entitled ‘Chasing Light’ was released in 2015 and the quality of such was the catalyst for attracting additional like-minded musicians to come on board both in respect to performing live and for the further development of ideas.

Reaching out through a vast catalogue of musical inspirations and yet building and retaining their own unique musical stylisation, the core musicians of ‘Built for the Future’ have achieved an incredibly fascinating sound. There is certainly a mysterious air about the subject matter associated with their second album which seemingly draws attention to the forthcoming state of our earth and the effects of global warming. According to their web page “4tF takes steps to present a more sci-fi/prog journey, cinematic and emotional as the music gets a bit more adventurous and shades darker” Also strangely, at this point in time, a weird but no doubt unintended correlation to a future world dominated by coronavirus.

The album throughout has an array of beautifully layered sound sequences which are packed to the brim with individually administered musical components that fit all so neatly together. In fact, the entire affair is a preverbal wall of sound which constructs a wonderfully comprehensive succession of resonances as if to form an overall completed jigsaw of melodic proportions. They are indeed an extremely tight composite unit with great interaction between the various musicians.

The vocal arrangements on every single track are an exquisite blend of clearly articulated voices which despite the seemingly gloomy subject matter are delivered with an easy on the ear aplomb and which in turn generate a real sense of warmth and delivery of harmonious delight. Actually this was trick utilised by Steely Dan.

It is also one of those albums which contain a wealth of hidden gems where each successive listen unearths and reveals new musical phrases and expressions to latch onto and savour. It is definitely not an album with outrageous guitar or keyboard solos or indeed riddled with complex time changes. But the beauty is embedded hypnotically within the overall structured delivery and the way that the music ebbs and flows around you. The bass lines, drumming and percussive interventions are interesting to home in on. Also, random patterns, of what sounds like moving and shifting sand, are delightfully incorporated and create an interesting focal point as the main body of the music flows onwards. Lead guitar and keyboard contributions are neatly and economically inserted and in doing so create further pivotal elements to enjoy.