Interview With Itlian band “Anno Mundi” Re: ‘Land of Legends’ 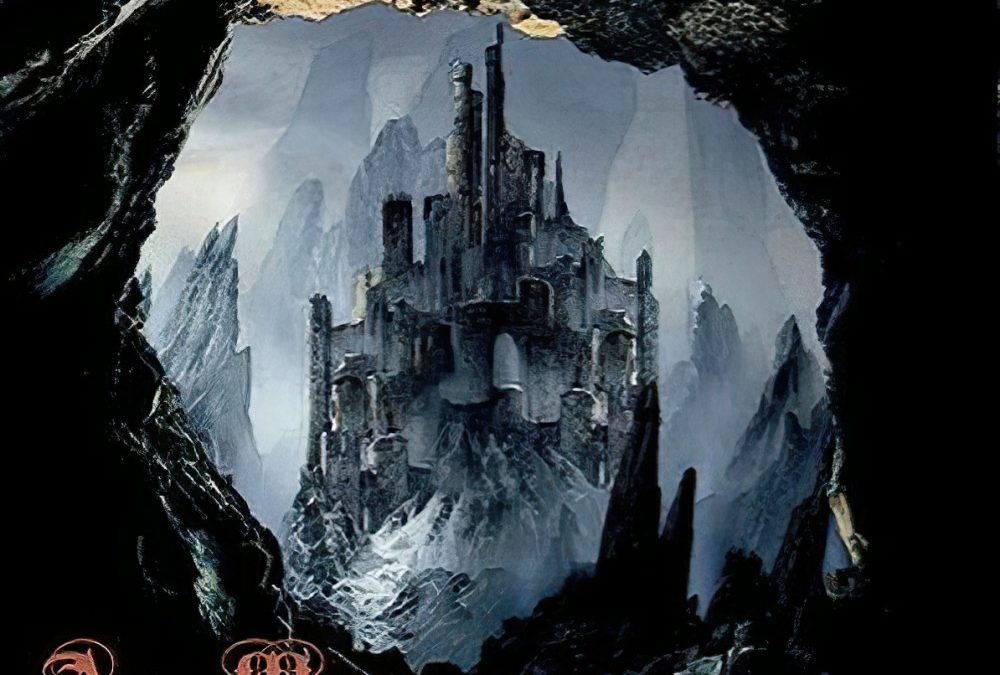 Anno Mundi is a band founded in Rome, Italy, in 2009, that have always flaunted early Sabbath influences on their records. However, on their latest album, “Land Of Legends”, they have further enhanced many prog influences by combining a mix that devotedly pays homage to the 70s.

I had the privilege to talk about it with the two founder members, guitarist Alessio Secondini Morelli and drummer Gianluca Livi, and the new addition, keyboardist Mattia Liberati.

1.QGP – Firstly Addressing ‘Alessio (Secondini Morelli) and Gianluca (Livi)’ in what respect did you two guys get together in the first place to form ‘Machine Messiah’, was it through being members of another band at the time.

Alessio: Gianluca and I found ourselves inside the scene, we discovered common musical visions and we decided to form the project to realize these views strongly vintage and inspired by the 70s.

Gianluca – Yes, the name was inspired by the terrific album “Drama”. Let me tell you that this moniker was used for a very short time, maybe a little less than a month, and only during the studio sessions: the band was just born and we tried to find a name, but it was just an attempt and, indeed, we never played live and we never recorded anything with that name. I don’t know why the media still talk about this…

Gianluca: Because we live in Rome, I proposed “Caput Mundi”, that immediately recalls our city and also a language, the Latin that honours our origins. However, the moniker sounded a bit too grandiloquent and self-referential, so Alessio proposed Anno Mundi, which is also a tribute to Black Sabbath, loved by each of us.

Alessio: there are various reasons that converged in the choice of the moniker. First of all, being a fan of the science fiction genre related to time travel (Doctor Who in Primis), it seemed almost natural to me to adopt this name for the band, just for how fascinating it is to find an “absolute” age for our planet. Then, the fact that it was in Latin represents us particularly, as it is still the official language of Imperial Rome.

Gianluca: I am a heavy listener of Italian and international prog. In addition, I also listen to jazz, fusion, blues, classical and hard & heavy.

Mattia: I grew up listening to international progressive rock.  In the years of my musical training, I turned to jazz and fusion.  Now I am very open to all genres, from pop music to new Chinese electronic.

Alessio: Mostly metal, but basically I am interested in any musical form of rock music that has a “Progressive” and “Dramatic” nature. Occasionally, even jazz/fusion.

Gianluca: we always included prog influences in our records: the sax in “Dwarf Planet” in the first album (played by Alessandro Papotto of Banco del Mutuo Soccorso); the flute in “Dawn”, two years later; the piano solo of “Tribute to Eric Zann” from our third vinyl. However, if you listen to “Land Of Legends,” our latest album, you can appreciate that prog component which is increased a lot. So, at the moment, the sound of the band is equally split between prog and hard rock. In particular, there are two long prog songs: “Hyperborea” was composed thinking to 12-string Genesis influences (the acoustic guitar is played by Renato Gasparini, founder member of Agorà, another terrific Italian prog band from the seventies) and to the keyboards crescendo of songs like “Lucky Man” (ELP), “Rendezvous 6.02” (UK) and “Impressioni di Settembre/The World Became the World” (PFM).

Mattia: As a founder of the band Ingranaggi Della Valle, I have a hard prog background which affects arrangement and composition inevitably.  i.e. “Hyperway to Knowhere”, the other prog song, is a rather obscure mini-suite with influences from Maxophone and Il Balletto di Bronzo (initially, Gianni Leone was also involved in playing a solo in this song and he accepted but, due to a matter of mutual commitments, the collaboration was not followed up).

Gianluca: Black Widow Records improved the sound of the band because their fabulous technicians care about the mastering of the songs. They also realized an excellent graphic, producing a limited edition that, for their own admission, is among the best productions in their catalogue.

Alessio: Black Widow is a very special label because the production staff did not interfere with our creative process in any way. We were left to create the music we wanted and that’s exactly what we did. Massimo Gasperini, Pino Pintabona and Laura Forghieri were very satisfied and impressed by the musical nature of our project. Such encouragement Which is so particular of

Alessio: yes. With Black Widow our music has reached everywhere, even in Korea and Japan, reaching results that alone, self-producing, we could never have achieved.

Gianluca: Yes, the cd “Window In Time” was an arranged deal and we are totally satisfied.

10 QGP. So following on then, what prompted the band to go with Black Widow? And are there any marked differences between BTF and Black Widow records?

Gianluca: like Black Widow, BTF is composed by a professional staff. It is a very big Italian prog distributor worldwide but it is specialized in classic prog: no prog metal, no hard prog, no dark prog in their ropes (indeed, the cd “Window In Time” was published by, Earshock Records, their subsidiary, specializing in hard & heavy music, now no longer in business). They promoted our cd as “Italian prog” but it was a partial indication because we didn’t play prog at the time, but we had some prog influences. So, many metalheads didn’t know our music because of this advertising. Instead, Black Widow Records is the perfect label for our sound: we are gloomy, leaden, ‘Sabbathian’, when we play both prog and hard, and Black Widow is exactly like us: it is the only label in the world that is perfect for us and we are very honoured by their interest in us.

11.QGP. In my review in ‘Progplanet’ (I commented that “Generally, one could be forgiven for thinking that this album ‘Land of Legends’ was actually a compilation album comprising several entirely separate bands” because there seems to be a clear demarcation line between the various tracks in terms of style and delivery” Just to be clear, I know the entire album was by Anno Mundi but what do Anno Mundi think of this opening comment?

Mattia: I think it is a clear and correct evaluation: the prog style is followed and developed by me, Flavio and Gianluca, while the hard & heavy sound by Federico and Alessio.

12 QGP I’m interested in knowing more about the limited edition of “Land Of Legends, can you fill us in.

Gianluca: Black Widow Records realized 250 copies in black vinyl with a printed cover and a numbered edition of 50 copies in orange vinyl, with die-cut and hand-painted cover. The Black Widow staff is very talented and creative, in particular Laura Forghieri, who personally attends the limited edition.

Alessio: Yes, the sudden social distance slowed us down. But we don’t stop working. On top of that, our next projects will feature something that includes all of our major musical influences.