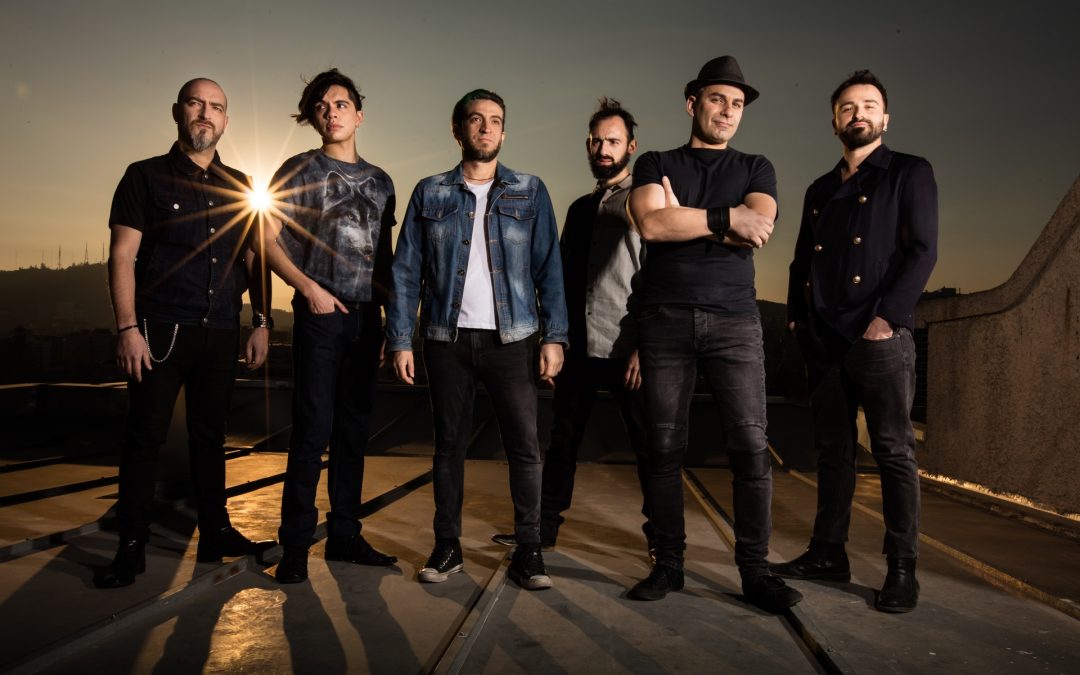 After almost two years of search, the Chilean rock group Aisles welcome their new singer, Israel Gil, with the re-recording of the song “Smile of Tears”, available on the major streaming platforms HERE and also as a live from home video that can be seen HERE.

The track, taken from the album “In Sudden Walks” (2009), has a strong electronic influence from Depeche Mode’s eighties era, brought to the 21st century. “This song affects me a lot because when we recorded it, social distancing and the pandemic were starting in Chile –says Israel- the title makes a lot of sense to me, because in these lockdown days, with video calls and contact through social media, you pretend on camera that you are happy, but you are suffering on the inside”. Germán Vergara, Aisles’ guitarist and producer, points out that they chose this song because “we have rarely played it live and we thought that this was a good opportunity to bring it back and to introduce Israel to our audience”. Israel is replacing longtime vocalist and founding member Sebastián Vergara, who stepped down as frontman of Aisles in October, 2018.

Israel, a classical trained musician and student of Music Theory at the Pontificia Universidad Católica de Chile, was discovered through the social network Vampr, an app that connects musicians from all over the world who share interests. German explains, “we liked his voice because it is honest and clear, it is very special”. Israel adds: “I saw this band in the app, German sent me a message because he liked a video I posted, and after that first contact I had a revelatory moment: singing would become my priority. I had never bet this much in my life”.

After an intense audition process, where the musician had to learn old and new songs of the band, Israel was chosen because of his motivation, his discipline, his attention to detail and his friendliness. “We feel that he has been part of the band for years –says German- even though we have really shared just a few months. There has been a lot of chemistry, a lot of conversation. We need to work with someone that makes you feel comfortable, because the creative process is too intimate”. Israel adds: “After the audition process, I realized this is the path I want to follow, I want to see how this mechanism works. In this band, there’s a constant search and there are also different opinions, which makes it complex and also extremely motivating”.

Aisles, formed also by Rodrigo Sepúlveda (guitar), Felipe Candia (drums), Juan Pablo Gaete (keyboards, synth) and Daniel Concha (bass), are working on their fifth studio album, which will be released by June, 2021. “Most of the music is already recorded, we only need to record the voice and we hope to start showing new material starting on January”, says German. This album leaves behind the sound and visual complexity of “Hawaii” (2016), keeping the melancholy and instrumental passages that have defined Aisles throughout their career, adding influences as Porcupine Tree and Animals as Leaders.

BIOGRAPHY
Based in Santiago, Chile, and having released four highly acclaimed studio albums, Aisles have become South America’s most important progressive band of the past two decades.

The group has toured the Americas, Europe, and done extensive touring cycles in Chile, opening for household names such as Marillion and Focus.

Their latest studio album, ‘Hawaii’ (2016), was called a “masterpiece” and chosen among the best albums of the year by media outlets such as Prog (England), Neoprog (France), Raw Ramp (England) and Chile’s premiere rock magazine, Rockaxis.

After parting ways with long-time vocalist and founding member Sebastián Vergara in late 2018, Aisles has found a new singer and are starting anew with a different line-up and a new sound. The band will start releasing new music in September 2020, leading up to their fifth studio album, to be released in the second semester of 2021.