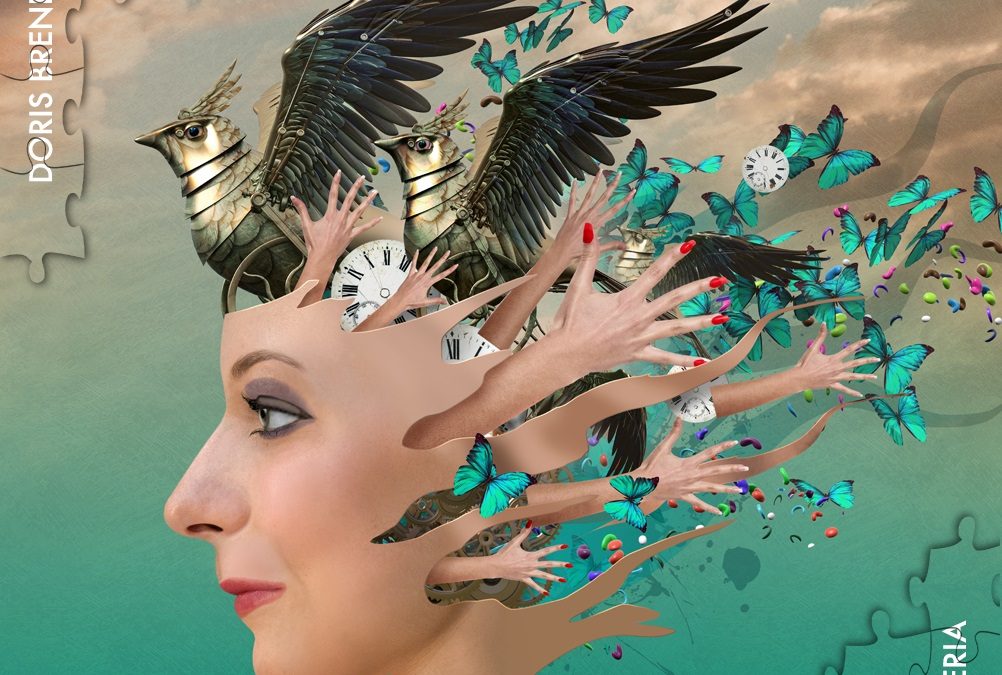 UK duo Doris BRENDEL and Lee DUNHAM have been creating music together for the better part of a decade by now, establishing themselves as a create partnership that has as something of a specialty that they do not stay within genre parameters and traditions all that much. “Mass Hysteria” is their fourth collaborative album, and was released in the fall of 2020.

The strength as well as the arguable weakness of the latest Brendel and Dunham album is that the duo is sticking to their guns in being unconventional and inclusive as far as their songs are concerned. While the album opens nicely with an AC/DC meets Deep Purple classic hard rock creation, some people might be confused as this is followed by a smooth, elegant ballad oriented blues affair, and then we have the title track that opens as a raspier blues affair, develops into a more smooth AOR style of song and then shifts gears to become more expressive and heading straight into progressive rock territories. That the following cut ‘You Took My Breath Away’ use strings and flutes for a folkier and symphonic tinged affair not too many light years away from something Kate Bush may have created is perfectly in the order of the day for this album and this duo, but for those who prefer their album experiences to not cover too much ground this may be somewhat taxing.

“Mass Hysteria” continues in a similar manner though, all the way to the end we are switching genres, styles and traditions from one song to the next, and while various aspects of classic rock is something of a red thread throughout there are few songs that can be described as being merely classic rock. From Americana elements to Greek folk music and world music elements, there’s just about always something expressive thrown into the mix. Up to and including a few moments of avant progressive rock and jazz on the otherwise more FM radio oriented song ‘Wrong Time Wrong Place’. Even the anthem-chorus focused rocker ‘The People Are Gonna Rise Up’ that concludes this production has a few extra bells and whistles on it’s run to the finish. I also note that this is a song that can be stretched out quite a bit when performed live, as the song invites to both instrument solo sections and audience interaction.

While this production covers almost as many genres as there are songs on it, personally I do find this to be an enjoyable experience. In part because I do enjoy many and different genres of music myself, but also because I find that the songs are well worked out both in terms of structure, arrangements and performance. In my view this may well be the overall best album by this duo, with consistent high quality throughout.

“Mass Hysteria” is an album that merits a check by those who like and enjoy a wide range of music that can be found inside the classic rock umbrella, and especially by those who enjoy artists that explore the width, breadth and scope of this genre classification in a creative and expressive but also appealing manner.

A final detail that needs to be mentioned is that the version of the album available on streaming platforms lacks some of the songs available on the full album. Hence some of the descriptions given in this review will not fit the listener experience when sampling this album from services like Spotify and similar.