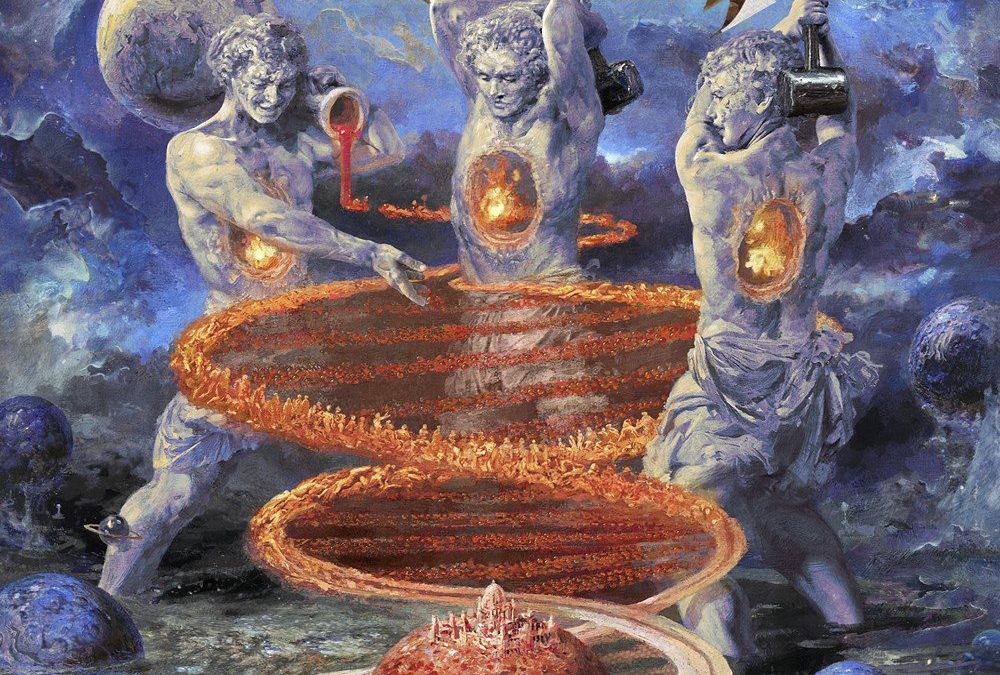 The boys are back, four years after ‘Brotherhood of the Snake’, with their thirteenth studio album. I was a latecomer to the band, with ‘Dark Roots of Earth’ being the first time I really paid a great deal of attention to them. That got me hooked, and the resulting live album ‘Dark Roots of Thrash’ is something I still play a great deal. Chuck Billy is a big man with a big voice, and alongside guitarists Alex Skolnick and Eric Peterson was there in time for their debut album, ‘The Legacy’ back in 1987. Both drummer Gene Hoglan and bassist Steve DiGiorgio had previously served time with the band, returning in 2012 and 2014 respectively. Since their return to recording in 2008 with ‘The Formation of Damnation’ they have released a new album every four years, but amazingly this is the first time there have been two with the same line-up.

To my ears there is something very special indeed about this band in full flight. Hoglan is one of the finest metal drummers there is (and he makes it look so easy), making it terrifying for most bassists to stick with him yet DiGiorgio manages to do just that. Although Skolnick took quite a few years away from the band to work on other projects, his relationship with Peterson goes all the way back to the formation of the band, and they both appeared on their very first four-track demo when they were still known as Legacy. The understanding they have of each other only comes with countless hours playing music, on stage and in the studio, knowing what each one brings to the party. Then you have Chuck Billy. He may not have been the very original singer, but he joined Legacy in time for their last show under that name and has been on every Testament album. Here is a band who have been producing the goods for more than 30 years and they show no sign whatsoever of slowing down.

This is bottom-driven thrash with a real groove to it, strong commercial hooks with wonderful vocals. They have changed and grown over the years, and Testament in 2020 is simply superb. They continue to deliver the goods – now please can you tour down here?