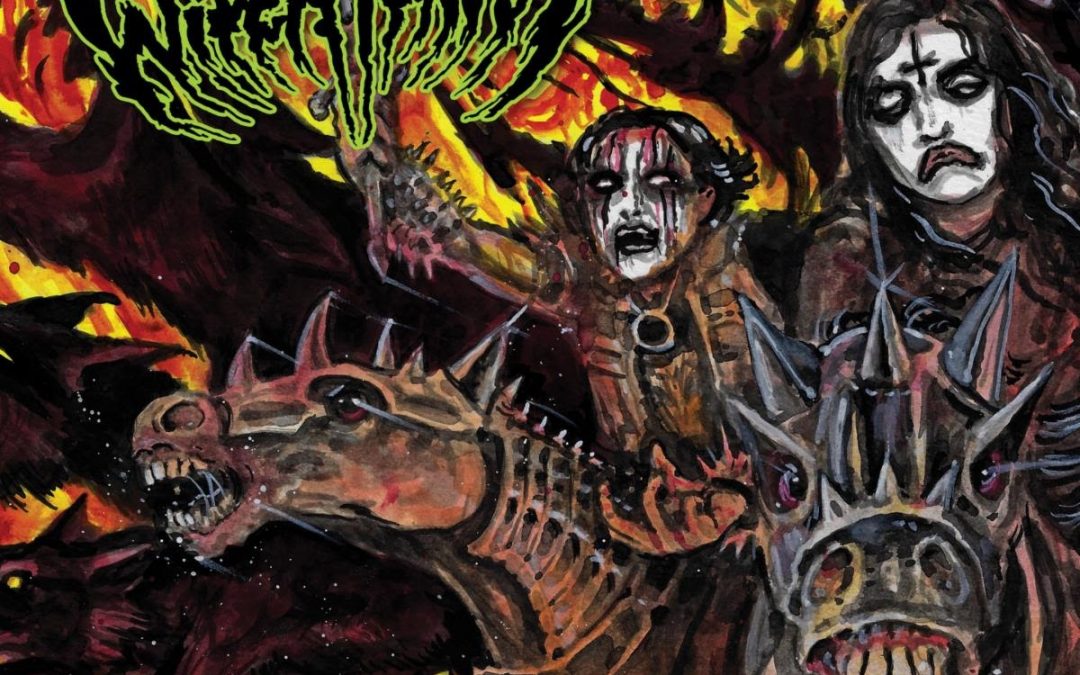 I remember when Tenacious D released “Tribute”, an awesome single with a great video behind it, and like many I immediately went out and purchased the album. To be honest it was a real mish mash, as some of the jokes quickly wore thin and some of the songs weren’t actually that good, but some were excellent and the idea of comedians having a laugh at metal certainly raised some smiles. Now all these years later we have two more comedians supposedly taking on black metal, but this would be way funnier if they actually played black metal as opposed to some type of commercial power metal. The jokes nearly manage to last one playing, but this is not an album to be played on repeat, more like once every six or twelve months. According to the press release this album also features members of Venom, Carpathian Forest, and Autopsy, and they probably thought it was a good idea at the time, but the whole concept soon wears thin and somehow I do not think I will be listening to this very often.